Research firm Canalys has published the latest report predicting the growth of the smart-speakers market, and there’s a big, round number attached to it. “Canalys expects the smart speaker installed base will approach the 100-million barrier by the end of this year, making it almost 2.5 times bigger than at the end of 2017,” claimed the company.

Its analysis also provides some new forecasts for market shares of the big western tech players in this market. Canalys reckons that Amazon Echo devices will account for more than 50% of the install base in 2018, compared to 30% for Google Home devices and 4% for Apple’s HomePod – or 50m, 30m and 4m units respectively.

There are also some useful global figures – again, estimates. Canalys thinks that 64% of the smart-speaker install base this year will be in the US, followed by China (10%), the UK (8%), Germany (6%) and South Korea (3%) with other countries accounting for the other 10%. This are really important figures to think about: only 10m smart speakers are expected to be in use outside the top five markets by the end of this year. This is by no means a global trend yet.

That said, Canalys thinks China is a big growth area in the short term. “China is still a nascent market for smart speakers, but it is a sleeping giant. Local players, such as Alibaba and Xiaomi, are investing heavily. In the second half of 2018, sales promotions will be an important driver, as vendors anticipate a surge of shipments during the 6.18 Shopping Festival and Singles Day in November,” said research analyst Hattie He.

There is also some futuregazing in the report: Canalys predicts that by the end of 2022, there’ll be around 310m smart speakers in use globally: 34% using Amazon’s Alexa, 34% using Google Assistant, 10% using Apple’s Siri and 21% using other voice assistants. Hotels, offices, gyms and airports are among the B2B opportunities that Canalys sees driving Amazon and Google’s growth here, alongside smart speakers in the home. 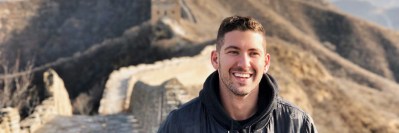