User-generated content around music and video is all the rage in 2018, following the $800m+ exit of Musical.ly and the licensing moves by Facebook and Instagram that have led to new lip-sync and music-stories features for those two services respectively. Now one of the grandfathers of the UGC-music space is making some interesting new moves: US-based Smule.

The company is rebranding its ‘Sing! Karaoke’ app to ‘Smule’ and revealing new figures on its popularity. The app now has 50 million monthly users according to CNET’s interview with CEO Jeff Smith. What’s more, two million of them are paying for it: the app offers a $19.99-a-month VIP membership to access a wider catalogue of songs to sing, among other payment options.

Smith tells CNET that his company is planning to spend “a couple million this quarter and then a lot more million next quarter” on advertising to boost awareness of the Smule app, as well as “opening up the experience where it’s not just singing”. Smule’s other apps include Magic Piano, AutoRap, Guitar! and Ocarina. He also swatted a question about the threat posed by bigger tech firms. “What we built, it’s not something a Facebook or Google could wake up tomorrow and replicate…”

Smule has doubled its community since July 2015, when Music Ally interviewed Smith and chief product/design officer Jeannie Yang about the company’s growth to 25 million active users. “We’re a social network that’s as much about creation as consumption. It’s not a karaoke company per se: we’re building a network around music and performance,” he said then. “We’ll be valued not so much on how many customers we have, or even on how much they pay, but on how long they stay on our network using our products.”

Smule’s rise also features another increasingly-prominent company in the global music ecosystem: Chinese tech firm Tencent, which led a $54m funding round in the US apps company in May 2017. That in turn hints at a part of the world Smule has been keen to grow in: China and south-east Asia, where the potential for UGC social-music apps is high – not to mention the possible exits, as Musical.ly’s acquisition by Chinese firm Bytedance showed. 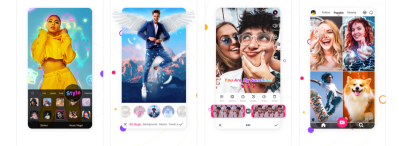 Spotify seemed well prepared when its EC antitrust complaint against Apple last March came with its own spin-off website detailing its issues. Now Epic Games, the maker of Fortnite, has taken that up several levels. Yesterday...
Read More