“It’s something that’s struck me for years working in this industry: people just don’t know how to talk to artists about the business in the artist’s language!”

That’s something that Zoë Gholson has worked hard on since 2009, when she joined music-streaming Mog as its marketing, social media and community manager.

Since then, corporate acquisitions have seen her carry the principle through Beats Music and then Apple’s artist and relations team, before she joined startup Stem in April 2018 to head its artist and labels team.

Stem’s focus is on digital distribution, analytics and payments – including splitting royalties between contributors to tracks – for artists and labels. Founded in 2015, it has raised $12.5m of funding so far: Music Ally interviewed its CEO Milana Rabkin in July 2017 shortly after its $8m Series A round.

“I’ve been brought in to lead our artist and labels strategy. What that really entails is looking at what our artists and labels need in terms of services for the most part,” says Gholson. That includes pitching to music-streaming services for playlist inclusion and deeper content and marketing partnerships.

When she talks to Music Ally, Gholson is fresh from a series of industry-conference workshops run by Spotify and Apple Music to set out how they’re currently working with artists, including their analytics and marketing tools.

“The vibe that I got from the most recent set of workshops is that they’re very interested in education of both indies, distributors, labels, artists and management. There has been a movement towards more transparency with the artist community,” she says.

Transparency has been one of Stem’s keywords since the company launched, with Gholson saying that its dashboard giving artists a view of their data and payments was a key factor in her decision to leave Apple to join the company.

“I’d not seen anything like that before. I do think that education and transparency are really important for empowering independent artists. I could see that in the way Stem conducted business with Apple,” she says.

Stem is essentially now a “digital back-office” for artists and labels, which includes distribution to digital services, analytics on those plays, and payment tracking. Through their APIs, the streaming services are an important part of all this.

“One exciting thing is that the platforms are really focused on artist tools. Spotify have their Spotify for Artists, and now we have Apple Music for Artists, which is still in beta but which provides really important data for artists,” says Gholson.

“I’m hoping to see that extend to all the platforms. It’s such an important step towards giving the artist community the most important and valuable information it needs to make better choices.”

Gholson also sings a tune that’s increasingly popular within the music industry: the idea of ‘data storytelling’ as a key weapon in artists’ armoury when they’re trying to get more support from the streaming services.

“Data really helps us and artists to make the case for things that they need. If you are going to pitch to a platform to support a new single and can tell a story about how well the last single did, using the data to do that, it’s really compelling,” she says.

“Maybe you’re having a hard time convincing someone to playlist your song, but the data can tell that story and make the argument that there’s potential for massive growth around the song, and that it’s worth partnering with an artist on.”

“It’s so important right now, when so many artists and labels are focused on platform support, to wield data effectively. You might have a really amazing song, but you need to think bigger than that. Use data to tell the story about the song: as well as who else has worked with it, how you’re going to market it, what press has supported you in the past and more.” 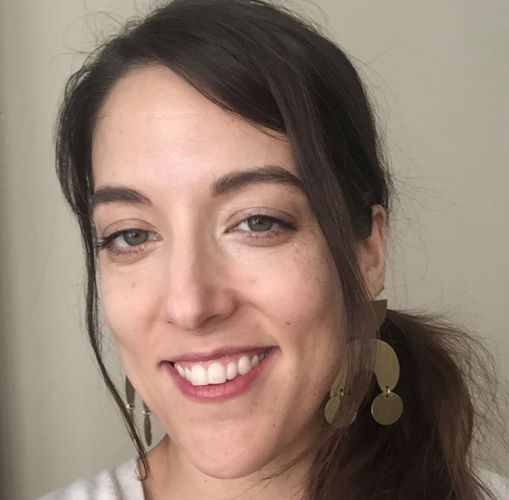 Gholson suggests that in the past, a lot of independent labels may not have prioritised technology “as a cornerstone of their businesses” – including data analysis and storytelling.

But she also agrees that many labels simply don’t have time to crunch raw data in order to wield it cleverly – which is a thought driving the development of Stem’s tools (and those of other distributors, of course).

“Something I’m thinking about a lot these days is that the landscape for indies is about unbundling services. The vision of being ‘signed’ definitely isn’t one-size-fits-all, and structured deals don’t make sense for everybody,” she says.

“Now, you can unbundle the services that you need. Indie artists can choose the services they need a la carte: a distribution, data and payments solution like us, that also does platform pitching, and then choose other services at a la carte prices that make sense for them.”

“You have a lot of artists nowadays who are passionately independent. Someone like Brent Faiyaz, who’s an artist on Stem, it’s part of their ethos to maintain control over their art and their business. For artists like that who may be sceptical of one-size-fits-all solutions or structured deals, this is really an exciting time.”

Gholson is quick to stress that Stem isn’t anti-label: it has more than 250 of them using its platform, as well as thousands of artists. Stem actually sees itself partly as a network or community, so that when an unsigned artist reaches a certain point through its platform, it can introduce them to one of the labels that are also using it, if that’s what they want.

“Artists understand that they have the tools at their disposal to build success on their own, without giving up control early on. It’s super-healthy: but what’s cool about Stem is they can use our platform while they’re building up to a point where they may start looking to get signed,” she says.

Are the big streaming platforms genuinely interested in supporting independent artists? Gholson, drawing on her experience at Apple, says it’s not just for show.

“All of the platforms have emerging-artist campaigns that they are spending hundreds of thousands of dollars, probably into the millions in total on, and there’s almost a competition to break the next hot artist,” she says.

“They’re very interested it getting behind emerging artists. At Apple you have Beats One for example, this incredible platform where they play unsigned and independent artists all the time. And I think if you just look at the playlists nowadays, there is a healthy representation of independent artists too.”

“In my experience, curators are very interested in supporting independent artists and trying to help them to get noticed. For a curator, there’s probably also some ego attached to being the first to playlist a song by an emerging artist. The challenge is just getting your music heard by those gatekeepers!”

Gholson hopes that the streaming services continue to make more data available to artists – “I’d love to see daily data for artists: up-to-the-minute data” – as well as more control to do things directly on the platforms, such as managing their profiles.

She also thinks there are improvements to be made in the way the industry talks to artists about the developing business – which is when we come back to words as well as actions.

“A lot of artists want to feel that the companies that they work with match their ethos,” she says. “Many artists want deep transparency about how they’re getting paid, they want as much education as possible about the industry. But they also want to feel good about who’s touching their music, because it’s so deeply personal to them,” she says.

“That gets forgotten sometimes by the industry, or by people who are very focused on the business. At its core, this is about art, and the artist’s attachment to their art, and that needs to be respected.”

AudioShake is one of the startups exploring AI-powered stem separation technology, to turn recordings into stems even if the original masters are not available.
Read More

Metal label Nuclear Blast has been doubling down on digital marketing and e-commerce, as it battles to grow revenues against the backdrop of the pandemic.
Read More

Independent label Beggars Group has published its financial results for 2020 via Companies House in the UK. The filing, which was first reported on by MBW, reveals that Beggars’ revenues fell slightly from £63.1m...
© Copyright Music Ally All rights reserved 2021 - Website designed and maintained by