You will hopefully have seen our news alert yesterday on the news that Ticketmaster is decommissioning its two secondary ticketing sites in Europe. From October, GET ME IN! and Seatwave will be replaced by a new fan-to-fan ticket exchange platform that will not permit tickets to be sold for more than face value. The move has been welcomed by FanFair Alliance – the industry group made up of artists, managers and ethical ticketing sites – which has been lobbying to cauterise this problem in the live industry for several years.

“After a long campaign to change the UK ticketing market and to put power into the hands of artists and their fans, the Fanfair Alliance warmly welcomes this move by Ticketmaster,” FFA said in a statement. “While enforcement action is still urgently required to clamp down on rogue operators such as Viagogo, we are now much closer to a genuine transformation of the secondary market – where large-scale online touts are locked out, where innovation can flourish, and the resale of tickets is made straightforward, transparent and consumer-friendly. We look forward to the roll out from October this year and seeing how these changes work in practice.”

Twickets, itself set up as an ethical alternative to for-profit secondary sites, has also issued a statement on the developments. “It is encouraging to see the biggest ticketing company in the world taking this step, which validates our face value resale policy of the past seven years,” said Richard Davies, CEO of Twickets. “The decision will hopefully enable those who are no longer able to attend a Ticketmaster show to pass on tickets at face value to those who wish to attend. However, the battle to create a fairer, more transparent, resale market continues.  Companies such as Viagogo and StubHub, and Ticketbis in Europe, still tout tickets on an industrial scale, placing profit ahead of fairness to consumers.” 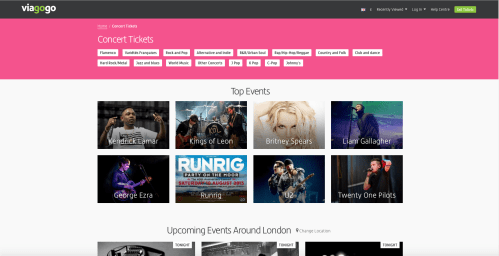 The explicit naming of Viagogo, StubHub and Ticketbis in these two statement is important here and shows that, despite the moves by the biggest operator in ticketing (both primary and secondary), the problem is not going to disappear overnight. There could also be a displacement process where opportunistic re-sellers simply move their activities to other platforms, hence the FFA’s calls for enforcement around the sector as a whole. Self-regulation is one thing, but government intervention is essential if this is to lead to a watertight solution.

Music Ally understands that those working to counter scalping now want to apply renewed pressure on Ticketmaster to help them lobby Google to get Viagogo’s AdWords account deactivated. They also want Ticketmaster’s help to get the Competition & Markets Authority to increase its legal action against Viagogo for failing to give more transparent information on tickets being sold on its platform (as well as details on the seller and if buyers risk being denied entry), something that StubHub, GET ME IN! and Seatwave agreed to back in April.

It is clearly good news that a giant like Ticketmaster has made this move – but a scalp-free ticketing market is still a long way from being a reality.

Ticketmaster fined in the UK over 2018 customer data breach

A £1.25m fine for Ticketmaster is very small beans compared to the money that its parent company Live Nation has lost this year due to the Covid-19 pandemic. However, the fine, levied by the UK's Information Commissioner's...
Read More

Yesterday we reported on Ticketmaster's work on concerts safety for 2021, including fans proving that they've either been vaccinated against Covid-19, or have tested negative within the 72 hours before an event. Now the...
Read More

It’s not been smooth sailing for secondary ticketing firm Viagogo’s $4bn takeover of rival StubHub since it was announced in November 2019, thanks to regulatory investigations and Covid-19. Now Viagogo is proposing...
© Copyright Music Ally All rights reserved 2020 - Website designed and maintained by