In June this year, the CEO of Indian music-streaming service Gaana said that it had 60 million monthly active users. Just a couple of months later, that number has been upped significantly.

CEO Prashan Agarwal revealed the new stat in an interview about a ‘live album launch’ promotion on the platform for artist Badshah.

We’re cautious about suggesting that Gaana is adding 7.5 million new users a month based on the two-month jump from 60 million to 75 million – the 60m figure was likely out of date (but still the ‘official’ stat) when he said it in June, since it was also the number offered by Gaana in February.

Still, it’s a sign that Gaana continues to grow impressively, in a year when it raised a $115m funding round in February led by Chinese tech giant Tencent. Back then, Agarwal said Gaana’s ambition was to grow to 200 million active users in the next three years. “We have penetrated only 5-6% of India. Over the next few years, we want to take this to 20-30%,” he said at the time. 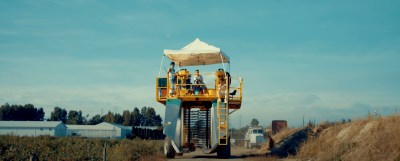 Big Bang Music is writing a series of guest columns for Music Ally’s readers to help you understand the latest trends in India. In this latest piece, Music Ally contributor Amit Gurbaxani explains how a Canadian Punjabi...
Read More

In India’s overcrowded audio streaming market, a focus on independent music has been one of the ways DSPs have differentiated themselves. Although Spotify has been active in the space since launching in the region in early...
© Copyright Music Ally All rights reserved 2021 - Website designed and maintained by