The UK’s competition watchdog is taking Viagogo to court

The UK is currently the bellwether country for some interesting changes to the way the secondary-ticketing market works, not to mention how regulators and legislators approach it.

Ticketmaster recently announced plans to shut down its Get Me In and Seatwave secondary platforms, while eBay’s StubHub continues – but operating under new rules laid down by the UK’s Competition and Markets Authority (CMA) to make its process more transparent for ticket buyers.

And Viagogo? Viagogo is in hot water, it’s fair to say. The CMA announced on Friday that it has issued legal proceedings against Viagogo in the UK’s High Court, accusing it of breaking consumer protection laws. This, after the service declined to make the changes demanded by the CMA earlier this year.

“People who buy tickets on websites like Viagogo must be given all the information they are entitled to. It’s imperative they know key facts, including what seat they will get and whether there is a risk they might not actually get into the event, before parting with their hard-earned money,” said CMA boss Andrea Coscelli.

“This applies to Viagogo as much as it does to any other secondary ticketing website. Unfortunately, while other businesses have agreed to overhaul their sites to ensure they respect the law, Viagogo has not. We will now be pursuing action through the courts to ensure that they comply with the law.”

If that’s the shot, here’s the chaser: the CMA says it is also seeking an interim enforcement order from the court that “will put a stop to some practices in the period up until the full trial”. That has the potential for considerable impact on Viagogo’s business in the UK.

Lobbying body the FanFair Alliance has already hailed the news, hoping that “it spells the endgame to this site’s misleading and abhorrent practices”. All eyes will now be on Wednesday, when Viagogo’s head of business development, Christopher Miller, is scheduled to give evidence to a parliamentary inquiry into live music and secondary ticketing, alongside representatives from Ticketmaster, StubHub, FanFair Alliance and Kilimanjaro Live.

The reception for Miller may not be friendly: Viagogo irked politicians mightily last year when it declined to give evidence to the inquiry – highly unusual for this kind of event in the UK. And if there’s one thing British politicians do well, it’s delivering a sustained kicking to someone they see as having disrespected their traditions of parliamentary democracy…

For people in the music industry outside the UK, this may seem  like a local story, but we think there will be a global impact. The approach that British regulators and politicians are taking to secondary ticketing is sure to create ripples elsewhere in the world. 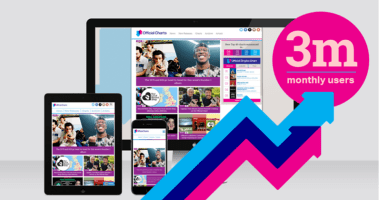 Who cares about the charts nowadays? Well, 3.2m Brits do…

There's a notion you'll see voiced quite often in 2020, which is that 'people don't care about the charts any more' – referring to the official music industry charts, rather than the rankings on streaming services (which...
Read More

What's worse than agreeing to pay $4bn to buy a live-event ticketing company just before a global pandemic shuts down live events across the world? Having the planned merger held up due to regulatory investigations, that's...
Read More

A coalition of US music industry organisations has launched a campaign called Fair Trade of Music, banging the drum for American musicians to be paid what it sees as their rightful royalties for usage of their music abroad. "Many...
© Copyright Music Ally All rights reserved 2020 - Website designed and maintained by