The music industry’s excitement about the potential of countries in sub-Saharan Africa is underpinned by the awareness that internet access – particularly through smartphones – is growing rapidly in those markets.

Now the US-based Pew Research Center has published some new data on that growth in six countries: Ghana, Kenya, Nigeria, Senegal, South Africa and Tanzania. It notes that the median internet use across the six countries is 41% – and that this is boosted by the 59% of South Africans who are online. But these figures are growing. “Whereas internet use in many of the world’s advanced economies has plateaued in recent years, use in sub-Saharan Africa has notably increased,” explained Pew. “In 2014, 15% of sub-Saharan Africans owned a smartphone, compared with 33% who own one today. The number of people connected to the internet is likely to continue to rise, too; industry projections suggest that the smartphone adoption rate in sub-Saharan Africa will double by 2025.”

There’s a lot more to explore in the study: for example, music and movies is the most popular topic that social-media users in the six countries post about, with a median of 61%, and individual countries ranging from 49% in Senegal to 72% in South Africa. 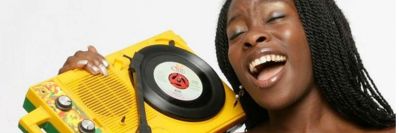 Mdundo is one of the established music streaming services in Africa, and its CEO Martin Nielsen has been talking to Nigerian news site Pulse·ng about its latest figures, and the wider African music market. According to...
Read More

Songtrust and Highvibes want to get African songwriters paid

One of the most interesting things about the African music industries in 2020 is the way their structures – from artist deals to distribution to royalty pipelines – are being constructed at a rapid pace. All the...
Read More

Is everyone an influencer in 2020? Well, not everyone, but according to investment firm SignalFire “more than 50 million people around the world consider themselves creators, despite the creator economy only being born...
© Copyright Music Ally All rights reserved 2020 - Website designed and maintained by