The company formerly known as Rap Genius has a new partner. ‘Encyclopedia of music’ Genius has announced a deal to make Apple Music the official music player on its site and iOS app.

Genius’ database of lyrics will be integrated into the streaming service in return as part of the partnership.

“Starting today, Apple Music subscribers who visit Genius will be able to play any song in full right from the song page, simply by signing into their Apple Music account,” explained the company this afternoon.

The Apple Music player currently works on Genius’ website, as well as its native iOS app, and its iOS mobile web version. Meanwhile, Genius will be providing lyrics for “thousands” of songs on Apple Music itself.

Note, this doesn’t replace Genius’ existing partnership with Spotify, for the latter’s ‘Behind The Lyrics’ feature which launched in early 2016 as a way to show lyrics, trivia and quotes from artists as their songs played on Spotify.

That partnership continues, but as we understand it, full Genius lyrics (as opposed to the shorter snippets on Spotify) will only be available on Apple Music for now.

“Being able to read lyrics and annotations on Genius while you listen along on Apple Music is a dream Genius experience,” said Genius chief strategy officer Ben Gross.

Apple is clearly looking to do more with lyrics. One of the new features in its iOS 12 software for iPhones and iPads, released last month, was the ability to search for songs by lyrics. That was also extended to the company’s HomePod smart speaker.

For Spotify, video has been mainly about short-form, looping clips to play in the background of tracks, as well as slightly longer interviews and footage to be inserted into playlists. For Apple Music, video has been more...
Read More 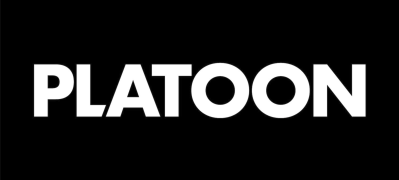 Platoon explains how it’s working with artists in Africa

If and when Spotify launches in Africa, it won't just find Apple Music waiting for it with (metaphorical) teeth bared. Apple's Platoon artist-development subsidiary has also been working hard to forge relationships with artists...
© Copyright Music Ally All rights reserved 2020 - Website designed and maintained by