The latest blockchain startup hoping to make an impact in the music industry is Fanbase, which is launching a platform to help artists mint their own tokens, which fans will be able to buy to access exclusive content, VIP tickets and merchandise.

The startup is positioning itself as an alternative to traditional social-media marketing for music, as advisor Scott Cohen explained to Music Ally – while stressing that his involvement in Fanbase is separate from his position as VP of international for The Orchard, the distributor now owned by Sony Music.

“I believe that the existing social media platforms are less effective for the things that we want to do in the music industry,” he says. “Running campaigns on Twitter, Facebook and Instagram just isn’t that effective anymore. It’s not that we don’t do them; it’s that we’re just not seeing the results. People aren’t there solely for [music] and you are interrupting them to ask him to come to a gig, stream a song or buy a piece of vinyl.”

Cohen adds that the streaming services are not moving to plug this social gap, perhaps with the very public failure of Apple’s Ping still too fresh in the memory.

“There is still a big hole in the market,” he says of what he believes is a way for music and social media to be done right. Cohen also argues that consumer fatigue has never been higher, and this means that the dominant players here are increasingly living on borrowed time.

“The more I give them [social media platforms] from a customer standpoint, the more that they abuse me and sell to me; the more they extract from me and the less they seem to deliver for me,” he says. “I prefer a network where the more I am engaged with it then the more rewards I get from it; that makes it better from me rather than for them.”

It is referred to as a DApp (a decentralised app) than runs on the blockchain and where fans can earn tokens (which can be exchanged for rewards) the more they engage with or help promote artists. 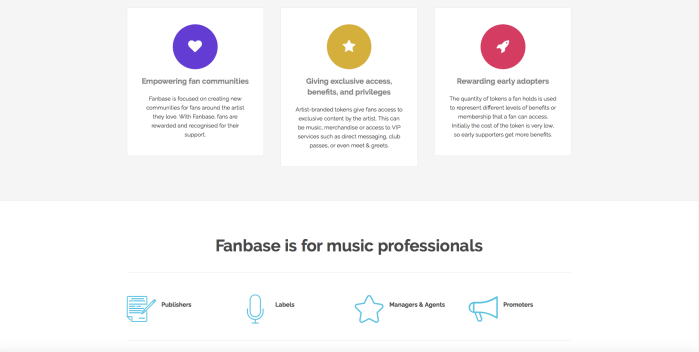 This is, at its heart, not a new idea as those with long memories will recall platforms like Jamplify and Posse trying this. Even We7, when it existed, had a swing at a user reward scheme. But like a more recent effort like Björk’s foray into cryptocurrency and rewards last November with her Utopia album, this is focused around blockchain technology and distributed ledgers.

“I like a world where things are becoming decentralised,” suggests Cohen. “This is just the beginning of what I think is a post-social trend.”

Is this, however, going to be a hard sell to artists? This is yet another platform that is going to take up their time and be a drain on their resources. Despite their complaints about tumbling engagement on the dominant social networks, will they still cling to them as they can still promise “scale” rather than starting somewhere new from scratch?

“We are not talking about cannibalising anything that currently exists at the moment,” says Cohen, firmly of the belief that it doesn’t have to be an either/or scenario. “But the experience of talking about music and being part of it on those networks is not very rewarding. Facebook is amazing when you need to know when someone’s birthday is! It’s just incredible. But is it a good platform for me to discuss music and participate? It just isn’t.”

“As a music industry, we are only using those services because there isn’t any other way to reach people,” he says. “That’s even though we know the results we are getting are diminishing every day. I used to be able to run campaigns on Facebook eight or 10 years ago and get extraordinary results. I could sell tickets to concerts and downloads. But now it’s almost nothing. Imagine a place where people are respected and rewarded for their passion, which is music, and there is an industry that can tap into this network, which is also rewarding for the fans.”

The solipsistic take-take-take underscoring social media could, in Cohen’s utopian thinking, be replaced by a more altruistic approach and, through that, fan engagement and fan loyalty could be nurtured rather than compromised.

“In a tokenised environment, people who are contributing to the network are rewarded,” he says of the core thrust of Fanbase. “That contribution can happen in any number of ways. It could be just spending time on there, it could be helping other people, reviewing stuff, sharing stuff. And the tokens could be redeemed for any number of things. What happens is that the people who use the network and contribute to it get those rewards. In the simplest way, it could be things like merchandise and exclusives; but the tokens could be redeemed for anything moving forward.”

A platform like this will not overturn the might of a Facebook or a Twitter any time soon, but Cohen’s hope is that it can point towards a more inclusive future that fosters rather than exploits the artist/fan nexus.

“I do use [social] platforms personally, but sometimes they leave you with a bad taste in your mouth when you do deal with them – [the feeling] that they are exploiting you,” he says, suggesting that this is a wider sentiment. “People knew that intellectually, but now I think people are really beginning to feel it – that they are being exploited. So here is something that is the exact opposite.” 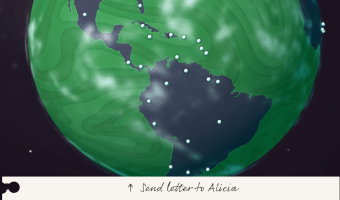