YouTube CEO says Article 13 is a threat to creator livelihoods

YouTube CEO Susan Wojcicki has criticised the European Parliament’s recent vote to approve the Article 13 section of the proposed new European copyright directive, and suggested that the legislation could force her company to block videos from smaller creators, including educational channels.

“Article 13 as written threatens to shut down the ability of millions of people – from creators like you to everyday users – to upload content to platforms like YouTube,” wrote Wojcicki in her latest quarterly letter to creators, which was published this afternoon.

“It threatens to block users in the EU from viewing content that is already live on the channels of creators everywhere. This includes YouTube’s incredible video library of educational content, such as language classes, physics tutorials and other how-to’s.”

This is a statement that may cause controversy. Educational content, much of which is the copyright of its creators, has been flourishing on YouTube in recent years, rather than being blocked by its Content ID system. It’s true that this kind of content may be more likely to include screenshots, video clips and other material that belongs to other copyright holders.

It’s also true that use of this kind of material in educational videos might be covered by exceptions set out in the final legislation. A platform like YouTube would ultimately be responsible for choosing whether to pro-actively block this content to avoid liability, if its status under any exceptions is a grey area.

Wojcicki was firm in her criticism of Article 13, however. “This legislation poses a threat to both your livelihood and your ability to share your voice with the world. And, if implemented as proposed, Article 13 threatens hundreds of thousands of jobs, European creators, businesses, artists and everyone they employ,” she wrote.

Music rightsholders have argued that Article 13 would simply require user-upload platforms to use technology to monitor uploaded content for copyright infringement – Content ID, essentially. And that this, in turn, would shift the dynamics of YouTube’s music-licensing negotiations with rightsholders.

YouTube’s argument, as made by Wojcicki (and by chief business officer Robert Kyncl before the Article 13 vote) is that the legislation would affect creators and free expression online far beyond the music industry.

“We realise the importance of all rights holders being fairly compensated, which is why we built Content ID, and a platform to pay out all types of content owners. But the unintended consequences of article 13 will put this ecosystem at risk,” she wrote today.

“We are committed to working with the industry to find a better way. This language could be finalised by the end of year, so it’s important to speak up now.”

The European copyright directive has currently moved into its ‘trilogue’ phase, where the three key bodies of the European Union – the Parliament, the Council and the Commission – take their three approved texts and produce a final version, which will then be voted on again by the Parliament ahead (if approved) of its implementation by member states.

Her quarterly letter wasn’t just about Article 13. Wojcicki revealed that the number of YouTube channels with more than a million subscribers has grown by 75% in the last year, and reminded readers that YouTube’s monthly music audience is more than one billion people.

She also revealed that thousands of creators have started using YouTube’s ‘channel membership’ feature, which was introduced this summer as a way to make additional revenues by selling badges, emoji and other perks to their keenest fans, via monthly subscriptions.

“Because of this success, we’re accelerating the roll-out of memberships to more channels and lowering the subscriber threshold from 100,000 to 50,000 subscribers,” wrote Wojcicki.

She also cited band Twenty One Pilots as one of the early success stories of YouTube’s new ‘premieres’ feature, which was also launched this summer, as a way for creators to cue up a new video as an event – where fans can watch together and chat at a certain time. According to Wojcicki, the band attracted more than 75,000 fans to the premiere of their ‘My Blood’ video.

Also among her announcements: a new $20m ‘YouTube Learning’ initiative that will support “education focused creators and expert organisations that create and curate high quality learning content on YouTube” – including a fund for those who want to build “multi-session learning content” for the platform. 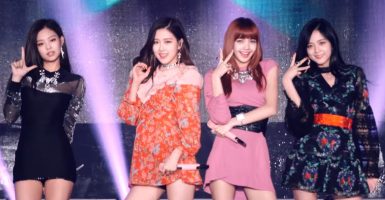