An AI-powered rap-battle opponent that listens to your freestyles then responds with a punchline. A mobile app for people to jam together on their phones. A VR and AR synthesizer where you make music by kicking objects in the virtual space. And an additive synthesis effect created by the audience pressing vegetables on their screens.

These were some of the prizewinners at the first Abbey Road Red hackathon this weekend, which saw 80 participants coming up with interesting tech ideas for music producers. The AI rap-battler was called Rapple, and was developed by a team of PhD music-information-retrieval students drawn from Telecom ParisTech, and INRIA Rennes, along with colleagues from Queen Mary University in London. It won the main prize from Microsoft for the best use of AI at the hackathon. The mobile app was called HRMNI, and won the second main prize at the event from Miquido. The VR/AR synthesizer was from a team called XtraSynth, while the vegetable music-maker was called SoundSoup, by developer Amy Dickens.

“Abbey Road’s sole reason of existence is to enable creativity in its many forms, this weekend we employed AI, machine learning and the weirdest hardware to see how music makers can apply technology in the post digital era,” said senior manager, digital, Dom Dronska after the event. 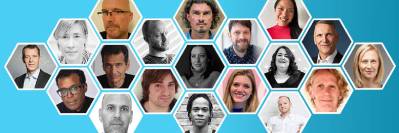 Tips for music/tech startups from accelerators and incubators

Startup accelerators and incubators are a familiar part of the technology industry, working with emerging startups to help them build their products and services, and refine their pitches to investors and customers/users...
Read More 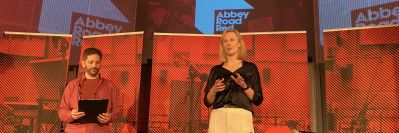 Abbey Road Red, the music/tech incubator run by Abbey Road Studios in London, held its latest demo event last night, including an update on its portfolio. “We have now incubated 15 companies across all areas of the value...
© Copyright Music Ally All rights reserved 2020 - Website designed and maintained by