Report claims there are now 57.8m smart-speaker users in the US

Voice and AI trade-news site Voicebot has published its latest state-of-the-market report, covering the world of smart speakers and voice assistants. Its stats are based on a survey of just over 1,000 Americans, adjusted to be nationally representative.

The study claims that 22.9% of the US adult population now owns a smart speaker: that’s 57.8 million people, and a 22% rise since the start of 2018. Bear in mind, this is before the now-traditional big spike in Q4, with smart speakers a hot item both for the ‘Black Friday’ shopping event and as Christmas presents.

One puzzling thing: we’re used to seeing ‘music’ as the top use for a smart speaker, but in this survey it only came fifth – behind general questions, traffic/directions queries, finding a place to eat, and researching products before buying. Voicebot claims that 8.3% of smart-speaker owners in the US (so around 4.8 million people) stream a music service every day on their device(s), while another 20.7% (just under 12 million) do it on a monthly basis.

Apple’s HomePod is dead, long live the HomePod Mini! Except we’re talking more about a retirement: Apple will carry on selling its first smart speaker until stock runs out, and will still be providing software...
Read More 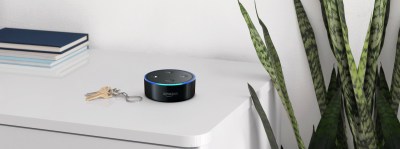 Amazon regularly adds new music-related commands and features to its Alexa voice assistant, and many go under the radar of journalists and the music industry. The latest is worth noting though: owners of Echo smart speakers...
Read More

Amazon rumoured to be working on a wall-mounted Echo

It may be a while before Amazon takes the wrappers off its next family of Alexa-enabled devices, given the Christmas season tends to be its focus. However, Bloomberg is offering a sneak peek at what Amazon may have in store...
© Copyright Music Ally All rights reserved 2021 - Website designed and maintained by