Social music app TikTok gains momentum in the US

Based on app-store charts in the west, Chinese social-music app TikTok is picking up a fine head of steam, following its merger with Musical.ly earlier this year.

Now there is more data on that from tech site The Verge, which claims that TikTok now has six million monthly active users in the US alone, where it’s recently spent time at the very top of Apple’s free-apps chart. It notes that celebrities are catching on, such as chat-show host Jimmy Fallon, whose TikTok clips have been watched more than 10m times since he recently joined the platform.

In July, TikTok said that it had 500 million global monthly-active users, with at least 300 million of those based in China.

Microsoft in talks to buy TikTok in US and other countries

Events have moved fast since Friday for TikTok's business in the US, it's fair to say. We'll start with the latest news: confirmation from Microsoft that it's in talks about an acquisition of TikTok in the US and certain...
Read More 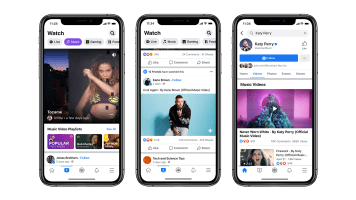 It’s official: Facebook launches music videos (in the US)

As predicted, Facebook is officially launching music videos, courtesy of licensing deals with all three major labels plus indie licensing agency Merlin, as well as BMG, Kobalt, and other labels, publishers and collecting...
Read More