There’s a new milestone for Apple Music within a Financial Times article about the service’s radio ambitions. “The number of subscribers has grown to 56m, up from 50m in May,” claimed the FT, although the figure comes from music-industry executives rather than an official announcement by Apple.

(Spotify ended Q3 with just under 27 million subscribers in North America – 31% of its global total – but that includes Canada as well as the US.)

But back to the Apple Music / radio speculation, which was fired up last month by reports that Apple might invest in US network iHeartMedia. The FT now says that Apple “has not given up on Beats 1” – its own radio station – but that it has “not taken off in the way that Apple hoped when it first launched three years ago”. A challenge that an iHeartMedia partnership could help with, by widening the distribution for Beats 1 in the US.

“According to people familiar with the negotiations, Apple has considered buying a stake in the radio group, as well as signing a marketing or promotional partnership,” reported the FT, before adding a fascinating alternative. “Another option under consideration is for Apple to acquire iHeartRadio’s streaming platform, which would be a relatively cheap way to reach the service’s 120m registered users.”

In September, Spotify CFO Barry McCarthy outlined his company’s determination to attract listeners away from radio. “The 20-year trend here is linear dies, everything on-demand wins. Instead of free / paid, it’s paid plus free, and free eats broadcast radio… Broadcast radio, SiriusXM are extremely threatened by the growth and evolution of streaming services,” he said then. Apple buying iHeartRadio (and potentially funnelling its audience towards Apple Music rather than other subscription streaming services) would be a big challenge to Spotify’s strategy – albeit only in North America. 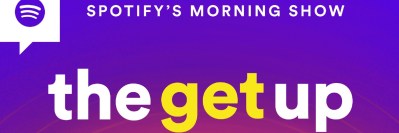 Breakfast shows are a staple of the traditional radio landscape. Now Spotify has one too. 'The Get Up' is a weekday-mornings show, launching in the US only, delivered as a playlist. That means personalised music picks...
Read More

Apple Music is pushing all the boats out for the release of Bruce Springsteen's 20th studio album 'Letter to You'. There'll be a week of radio shows on its new Apple Music Hits station, plus an album listening party and...
Read More

Live radio is already one of Apple Music's big differences to its streaming rivals. Now it's trying out MTV-style music television, although for the most part without the VJs. Instead, Apple Music TV is a 24-hour channel...
© Copyright Music Ally All rights reserved 2020 - Website designed and maintained by