Apple’s Platoon acquisition is about the much-bigger picture

The news broke on Friday morning that Apple has acquired British artist-services startup Platoon. The company is best known for working at an early stage with emerging artists – including Jorja Smith, Billie Eilish and Stefflon Don – before they move on to traditional-label (or in the case of Smith, distribution) deals.

“The Apple deal gives Platoon the backing and resources to accomplish its vision and continue its goal to develop original music and visual content – while leaving artists free to sign with who they want and distribute their music where they want,” a ‘source close to Platoon’ told MBW on Friday.

An interview with co-founder Denzyl Feigelson (no stranger to Apple through his long-time iTunes advisory role) earlier in the year makes for good re-reading now. “I really do think a global artist will break through Platoon and it will change perceptions,” he said, in response to a question about whether it’s frustrating seeing artists move on to labels at a certain point in their development.

“You’ve got years of the deep-rooted pattern: ‘In order to be a global superstar you need investment and global infrastructure, you need boots on the ground, you need big money spent on international.’ This is all true, of course, and can certainly work for a select group of artists. But we live a different world now.”

That last sentence may be the key to understanding what Apple is up to with its acquisition of Platoon, especially when you consider the potential combination of the company with Asaii, the analytics startup whose team is now operating within Apple’s music team. Asaii’s tools included what it described as an “automated A&R web platform” that could “identify up and coming artists 10 weeks before they hit the charts” with a claimed 70% success rate.

What better use for such a tool than as a funnel towards another team (Platoon) with the skills to work with early-stage artists on everything from recording and video content to social-media marketing and other artist services? All within a platform (Apple Music) with the programming nous to get those emerging artists in front of big audiences?

It’s not news that Apple Music and Spotify are gearing up for a belting A&R race to spot (and then promote) new talent first – not just before one another, but before labels. It’s not news, either, that artist-marketing services are an important part of this, be it Platoon for Apple Music or Spotify’s educational resources and its investment in distributor DistroKid. And it’s not news that both companies have open wallets (and in Spotify’s case, albeit in beta, upload pipes) for direct relationships with artists.

Apple’s acquisition of Platoon is significant news on its own, then, but it’s the way that it interlocks with other parts of the company’s strategy – Asaii and direct licensing, for example, and perhaps also its next moves for radio station Beats 1 – that’s the real story, just as each Spotify move can’t be viewed in isolation. 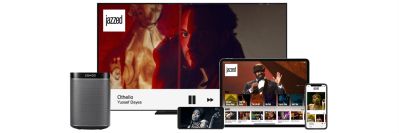 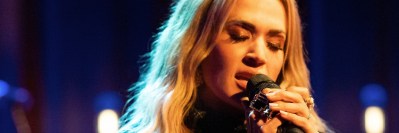