British industry body UK Music has published the results of its latest Music Industry Workforce Diversity Survey – the second such report, following its original launch in 2016.

UK Music noted that there is still “a lower representation of females aged 35 and above compared to younger age groups” however. Keith Harris OBE, chairman of UK Music’s diversity taskforce, offered a measured assessment. “Things are changing for the better. Progress has been slow but steady,” he said. “We are continuing to keep our focus on ethnicity and sex  as the most obvious indicators that things are changing, while remembering that diversity in the industry is about much more than that, with socio-economic background being among the important but often neglected areas which needs attention.”

Happy Brennan Bill day! Well, it won’t be happy for everyone…

Musicians and music industry folk in the UK will be holding their breath today as the Copyright (Rights and Remuneration of Musicians, Etc.) Bill receives its second reading
Read More

Thanks to its in-progress investigation of Sony Music's AWAL acquisition and its upcoming market study of the music business, the CMA is firmly on the music industry's radar.
Read More 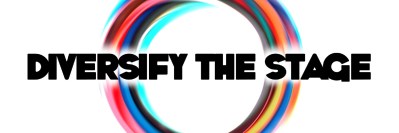