Taylor Swift’s app The Swift Life is shutting down

Just over a year ago, Taylor Swift teamed up with mobile-games publisher Glu Mobile to launch The Swift Life, her own app for fans to connect with one another, share their own content, and get her latest news, photos and videos. Now it’s shutting down, which the official announcement suggests is because the app was tied to the promotional cycle for Swift’s last album ‘Reputation’, which it launched alongside.

“As the Reputation era comes to an end, our time on The Swift Life will be ending too,” explained the announcement. “The app is no longer available to download and on February 1, 2019, The Swift Life will shut down. Current fans have until this date to use the virtual currency they’ve accumulated.”

If the app had been a commercial success, it would surely be continuing beyond the promotional cycle for ‘Reputation’, but it’s been conspicuous by its absence from the financial presentations of Glu Mobile (which is a public company) in 2018. For example, in a table listing the company’s biggest apps in Q3 2018 by ‘bookings’ (in-app spending) the lowest individually-listed app, QuizUp, made $300k. The Swift Life isn’t listed, meaning it generated less than $300k that quarter.

Taylor Swift: ‘Artists should own their work for so many reasons’

Taylor Swift has confirmed that her second studio album, ‘Fearless’, is the first that she has re-recorded. Rebranded as “Taylor’s Version”, the first track dropped today – ‘Love Story’....
Read More

We know that Taylor Swift is re-recording her back catalogue, after the original master recordings were sold to her nemesis Scooter Braun. We don’t know, yet, exactly when and how those re-recordings will come out,...
Read More 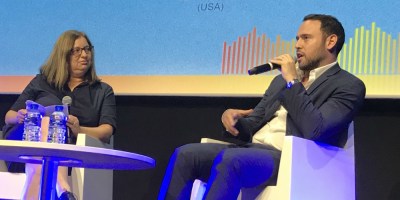 When Scooter Braun's Ithaca Holdings acquired Big Machine Label Group for around $300m in 2019, the deal included Taylor Swift's back catalogue of recordings – something that made Swift furious given her ongoing disputes...
© Copyright Music Ally All rights reserved 2021 - Website designed and maintained by