There has been some debate over the title of India’s top music audio-streaming service, with multiple companies staking their claim.

Most recently, in December 2018, Gaana said that it now had 80 million monthly active users (MAUs), which would make it the country’s top service “with a fair margin” according to CEO Prashan Agarwal.

So far, none of its competitors have challenged that status with a higher, albeit unverified, figure, although mobile operator Reliance Jio says that its JioSaavn product – the recently-combined JioMusic and Saavn services – is “south Asia’s largest streaming, artist and entertainment platform”. The telco has yet to reveal a MAUs figure for the merged service.

How did Gaana reach its current status? In an interview with Music Ally, Agarwal said the service benefited from “the penetration of [cheap] data and people coming online” – which can partly be attributed to Reliance Jio’s launch in 2016.

Agarwal also cited the “revolution” in the Punjabi music industry, referring to the surge in the market for Punjabi pop, now widely regarded as India’s strongest non-film music segment. “We are by far the biggest if you look at Punjabi music consumption, which has grown manifold in the last two years,” he said.

But it’s the other two factors that Agarwal mentioned, that of making sure that Gaana has a strong “brand recall” and that it offers a seamless “product experience” through “a very, very simple, easy-to-use interface” that have given it the edge over the competition, according to Jay Mehta, the director of digital business at Sony Music India.

“A year and a half back, Gaana used to be number three in terms of revenue for most labels,” said Mehta. “Wynk [telco Airtel’s streaming service] on top, followed by Saavn.” But today, Mehta says that Gaana is “the undisputed number one”.

According to Mehta, part of the secret of Gaana’s success has been “aggressive customer acquisition” through “sponsorships and [ad] spots in [some of] the biggest, most costliest properties” such as the broadcasts of cricket matches between India and Australia and India and England, and events such as music festivals, coupled with strategic digital marketing.

Gaana, he said, covered multiple “consumer touch points” including “YouTube pre-roll [ads]” and the app of the country’s most read English-language newspaper The Times of India. “Every time you opened the Times Of India app, it had below ‘you can listen to this song on Gaana’,” said Mehta.

The Times of India Group is Gaana’s parent company, with a portfolio of other newspapers, magazines, websites and television channels in various languages. Also key has been the Tencent-led $115m funding round that Gaana raised in February 2018.

Sony Music chose to tie up with Gaana to stage a “live album launch” for Punjabi and Hindi rapper Badshah, whose Bollywood work has made him arguably the most recognisable hip-hop act in the country, so they could reach the largest number of people possible, said Mehta.

“It was done in the Gaana office and the Times of India, (Bollywood gossip TV channel) Zoom and (FM station) Radio Mirchi, everybody covered the event.” 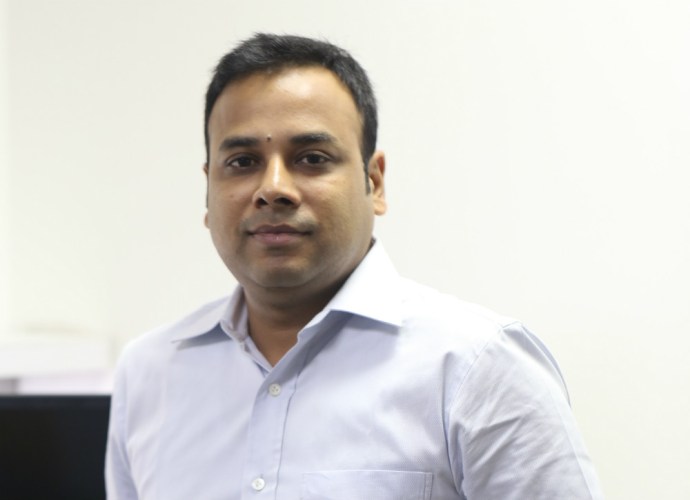 The general perception in India is that while Saavn is used mainly by people in ‘metro’ cities, and Apple Music is still niche, Gaana is the music-streaming app of the masses, with consumers that span smaller cities and towns

Gaana has also determinedly pursued the mass-market through both technical innovation and content acquisition. It has released two seasons of Gaana Originals, a series of non-film tracks by popular Indian singer-composers, and struck deals with film-production houses to exclusively stream Bollywood soundtracks.

On the technical front, Gaana has developed a powerful recommendation engine, through which the app automatically queues up 15 tracks based on the song searched for; and a voice search facility, the first of its kind for an Indian music streaming service.

Both were preceded by the transliteration of song credits in nine regional languages. “We saw that a lot of people were not comfortable reading text in English,” said Agarwal.

The impetus for the introduction of voice search was not, as one might assume, competition from virtual assistants such as Google Home and Amazon Alexa, but a forward-thinking approach that had “more to do with the kind of consumers who are coming to our platform” and the realisation that “the next 100 million users don’t know how to type”.

“Today, 22 per cent of our users overall have started using voice search but if you look at the data for [just] new users, that [percentage] is much, much higher. It could be because of convenience,” he added.

“If you look at teenagers on WhatsApp, there’s been a big shift in people [sending] voice messages and not typing them out. For two big user segments, the tier II and tier III customers and the teenagers coming online, voice will be a very big thing.”

Agarwal has spoken publicly about Gaana’s ambition to reach 200 million monthly users in two years’ time. He says the roadmap to that target involves continued “customer acquisition from Tier II, III and IV cities” that consume music in a variety of languages.

“Currently, the top 15 cities make up the majority of the customers. That dynamic is changing by the day. The deeper we go, we’ll see languages like Bhojpuri, Haryanvi, Tamil, Telugu picking up in a big way.”

The one aspect that Gaana has in common with all its rivals is, in Agarwal’s words: “a low, single-digit percentage penetration on the base subscription” – although he declined to share specific figures.

Gaana’s revenues, he said, are evenly divided between those from ads and those from subscriptions, and though those overall revenues are expected to increase by 100 per cent every year, Agarwal doesn’t see the split changing in the near future.

This, he said, is because it’s early days for the Indian market where only around 150 million people are currently using audio-streaming services – just 10% of the population. Agarwal’s belief is that for the market to mature, it needs to reach a critical mass of 500-600 million users. 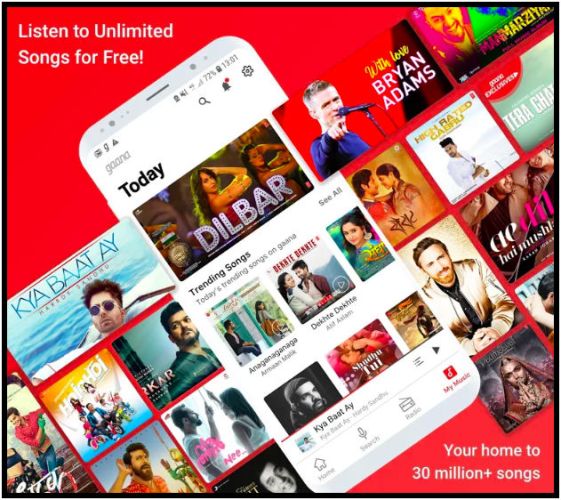 That’s one reason why his stand on the eagerly-anticipated entry of Spotify into India – now expected for around May – is “the more the merrier”.

But Agarwal is quick to follow that up by saying that “our understanding of the Indian market powered by [seven years of] data from Indian consumers” will be the big differentiator. “Because unlike the West, we don’t have defined genres of music consumption, there’s no rock, there’s no pop,” said Agarwal. “I believe we will continue to lead the market.”

Sony Music’s Mehta thinks that Spotify’s launch may compel Gaana to take another look at its “ability to expose consumers to the long tail of international music”.

“Right now, they don’t need see the need because the consumer is happy with what he’s getting,” said Mehta. “[He’s] not exposed to it or asking for it except for the evolved consumer who’s using Apple.”

When it comes to international acts, Sony works with Gaana for mainstream artists such as electronic-pop music stars The Chainsmokers who have a substantial fan following in India.

During the duo’s last tour here in 2017, Sony gave free concert tickets to consumers who streamed their tracks the most on Gaana, which promoted the gigs through billboards in Mumbai and Delhi where they performed. The idea, said Mehta, was to get the “Badshah fan” to attend The Chainsmokers gig. “That crossover could have happened [only] with Gaana”.

For most other international and even Indian independent artists that perform in English, Apple is the first port of call, said Mehta, citing the example of Indian-American rapper Raja Kumari.

“For Raja Kumari, definitely Apple Music works best because not only is [the music] in English, it’s a very niche genre,” he said. “40% of Apple Music users consume international music. That’s unusually high. On most services, it’s 20-25%; on some places it’s 15%.”

Streamlining the way it deals with indie acts is something Gaana needs to address, says Tej Brar, the founder of Third Culture, which manages Nucleya, arguably India’s most popular electronic music producer.

Brar said that because Gaana doesn’t yet have a partnership with digital aggregators such as Believe, which distributes Nucleya’s music, they’re “almost an afterthought in terms of priority because they have not made it easy for us to get our content to them… We have to send them the music directly in a Dropbox link and then they send us a metadata form to fill. It’s a headache.”

On the other hand, Brar has only positive things to say about the experience of working with Gaana on live events such as Crossblade, the Punjabi music festival that the streaming service sponsors.

“Those shows have been some of the best we’ve had,” said Brar. “It means they’re talking to the right community, have the right audience, at least for Nucleya, I don’t know about other independent artists. When Gaana promotes the show, people show up.”

Universal Music Group has been very active in India in recent times, from its VYRL Originals non-film-music label (which we wrote about in November 2019) to its launch of Mass Appeal India in partnership with rapper Nas,...
Read More

“It’s been exactly 12 months since Spotify launched in India, and my, how we’ve grown,” is how the streaming service began a birthday blog post this morning. Unfortunately, what follows are NOT any figures showing...
Read More

Indian music company T-Series’ flagship YouTube channel has been the most popular channel on the video service for some time now. After a lengthy (and sometimes controversial) battle with gamer PewDiePie for top spot,...
© Copyright Music Ally All rights reserved 2020 - Website designed and maintained by