Last September, it emerged that Warner/Chappell’s boss Jon Platt was leaving the company, and shortly afterwards it was confirmed that he would be the successor to Martin Bandier as boss of Sony/ATV.

Billboard reported that Moot is expected to join the company in the first half of the year, with Marshall already leading the transition process. “Guy and Carianne are inspiring, innovative execs who have championed many of the world’s greatest songwriters, while being passionate advocates for the value of music and proponents of new technology,” said Warner Music Group chief Stephen Cooper. 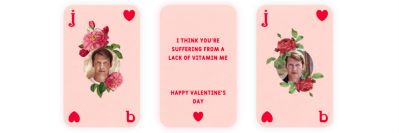 Tomorrow is Valentine's Day, so if you have a partner (or an object of your affections) how are you planning to celebrate? Chocolates and flowers? Furry handcuffs and a glint in the eye? A brisk lecture about Valentine's...
Read More

Anyone looking for licensing-related drama in Warner Music Group’s latest quarterly earnings call will have been disappointed. “Our partnerships with our digital distributors have never been better,” said CEO Steve...
© Copyright Music Ally All rights reserved 2020 - Website designed and maintained by