The UK’s independent-music trade body AIM is preparing for its first AIM Sync global sync-licensing conference, which takes place in London on 28 January. Ahead of the event, some of the speakers told Music Ally about their hopes for sync-licensing in 2019, from an independent perspective.

The tone was one of optimism, with labels seeing more opportunities to license their music for TV shows and films, but also games and other emerging platforms.

“Music supervisors are really pushing themselves to discover songs that convey new sounds, ideas and create a passionate response in listeners – all things that play to the strengths of independent catalogues,” says Tim Dellow, co-founder of Transgressive Records.

“I think we’ll continue to see risk-taking in this area deliver music in unexpected and refreshing places, and helping artists’ careers and music discovery.”

Emma Lomas, senior creative and licensing manager at Beggars Group, agreed that brands are casting an ever-wider net for music, including beyond their traditional 30-second TV spots.

“I think the most interesting music comes from the indie sector and as more brands look to online advertising and social media campaigns, there are lots of opportunities to license music that would not necessarily be picked for mainstream TV campaigns,” she says.

New opportunities are also cited by Clemmie Woodhouse, creative sync at Ninja Tune, who pointed to the disruption within the television industry from digital services.

“The sync industry is ever-changing and unpredictable that it’s difficult to say but I definitely think that the increase in SVOD content – Netflix, Amazon Prime, Hulu – will continue to create new and exciting opportunities for independent artists/labels,” says Woodhouse.

“It’s exciting that our business is continuing to evolve and prosper. We’re on a roll and it’s an inspiring time to be in this industry – we’ve more ways to innovate than ever before,” agrees Tristan Wilson, head of sync and brand partnerships at Downtown Music Publishing.

“Outside of traditional licensing avenues, there are content creators emerging across various spheres from experiential to AV and everything in between. As rights owners seeking out these opportunities, it’s important that we’re creative and agile to make the most and continue delivering the very best for our clients.”

Technology is also making its presence felt in the sync world, with Pete Beck, global head of sync at Believe Distribution Services, suggesting that there is much more to come on this front – to the benefit of labels.

“I’m interested in the role tech is going to have in the sync world over the next few years. We’re seeing more and more companies coming into the market in this area; think AI-composed music or programs that use waveforms to compare recordings,” he says.

“Someone is going to get it right soon, and it will be an exciting challenge to make sure we get the best from these new tools whilst also ensuring individual creativity remains valued amongst sync teams and supervisors.”

From the other side of the sync industry, Ayla Owen, head of music and partner at creative agency BBH, said that many brands are seeking out independent music rather than simply training their attention on the biggest acts.

“Brands are now keenly focused on an artist/band’s fanbase via their social media channels, and today many independent artists have already built up an online following prior to even releasing any commercial music,” says Owen.

“Platforms like Soundcloud and YouTube have allowed recording artists and songwriters to take control of their own personal ‘brands’ and create unique communities of loyal fans with whom many marketers want to interact, but often lack the cultural credibility to do so in an authentic way.”

“As a result, the potential for independent artists to help shape a brand’s music strategy through a meaningful, relevant collaboration is huge.”

Owen describes the sync world as being “on the precipice of a major existential shift” that will create more opportunities for independent labels and their artists.

“As we increasingly move towards an advertising landscape that is driven by engaging consumers through ‘pure play’ entertainment (editorial, live music events, music documentaries & videos, experiential etc) rather than interrupting viewers with 30-second TV spots, the opportunities on the horizon for relevant partnerships between marketers and independent artists and labels will only multiply,” says Owen.

“It’s just a matter of time, and the brands who launch music platforms with cultural relevance will come out on top.” 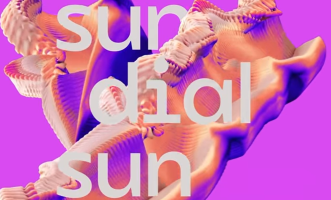 Bicep turn their ‘Isles’ artwork into an Instagram filter

The latest artist to turn their artwork into a whizzy Instagram filter is Bicep. Signed to Ninja Tune, their new album ‘Isles’ comes out on 22 January, with the filter launching ahead of it – tap on this link...
Read More

Anger is still reverberating around the British music industry about the costs and red tape musicians will face touring in Europe following Brexit. News that Brits running training seminars on the continent wouldn’t...
© Copyright Music Ally All rights reserved 2021 - Website designed and maintained by