TV, games, esports… lessons from outside the music-industry bubble

But equally it is important – especially in an age of discovery algorithms, big data, targeted marketing, in-app revenue opportunities and the long tail – to look outside of the music industry to understand how other businesses are dealing with disruption and finding their place in the attention economy.

NY:LON Connect’s ‘Outside The Bubble’ session (the clue is in the title) did exactly that – turning to TV, cookery, mobile gaming and sports for ideas, inspiration and clues as to what shape the future of digital entertainment might take.

“The music industry is in an attention economy… it directly affects the revenue model,” is how Hui opened the session. Music is competing with other sectors for time and money and it needs to figure out where it sits.

Hui said that music must take inspiration from outside and use this to address the problems it may encounter. “You never know where the next disruption is coming from and it pays to keep an eye open,” she said.

Wright, having worked in the music business before moving into TV, said her biggest and most immediate learning was just how different TV was in terms of research and development and how the shows went from initial idea to broadcast. The development period is long and involves rolling audience research to refine what eventually becomes the final product.

“They also have a lot of monetisation models,” she said, pointing out the multiple ways to sell and window television content, where not just shows but entire channels can be sold and exported.

“There is more science and research behind everything,” she said of this protracted process, noting that the model at record labels was often based around the ears of the A&R and everyone in the company followed their lead.

Barnes, another music business veteran, also said in the early 2000s that things were done too quickly, and results had to be immediate otherwise plans were scrapped.

“You weren’t given much flexibly to test new business models,” he suggested. “It was like the end of the Titanic – where you’d cling on to anything.” In the old days, the labels were offering bad deals to new entrants and asking for huge advances that would cripple these startups.

Barnes said that the old panic-driven mindset engendered by a period of sharp market decline in music (“Fuck! We’re doomed!”) has now given way to a more measured approach that is increasingly open to entertaining different industries and business models.

The mounting sense of panic has gone and that makes for a better business environment. Where once labels were panicking to make money, now they are more open to negotiations and conversations. 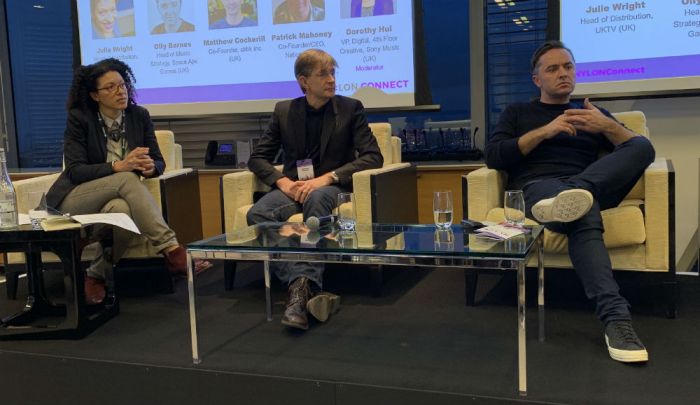 Wright noted, however, that digital effectively being global and erasing borders has created new issues for the TV business. UKTV was initially set to, in her words, “recycle the BBC’s programmes”, offering a place to watch shows from the broadcaster’s deep archives.

However, digital and new licensing structures (such as on-demand viewing) made this model problematic. UKTV found a variety of complexities in clearing the content they bought in, so this forced the hand of the company to invest in original programming where it owned the IP and licensing rights. The channel tripled the number of shows it created so it could work within the new models of consumption.

“It is not that easy to create hit shows,” she cautioned. “It costs more to produce TV content [today]. The prices are astronomical.” In light of this, UKTV is working and collaborating with other channels to in order to split costs and share the risks.

Cockerill noted how the food business is waking up to the notion of the long tail and what is effectively catalogue re-marketing. In the food world there had been an emphasis on the new – with chefs feeling they had to keep coming up with new recipes to remain relevant.

A large part of shifting the model here was convincing big-name chefs to exploit their “catalogues” more and think of recipes in terms of classics and greatest hits (creating chefs who thought of themselves as “The Rolling Stones of food”).

Barnes talked about mobile gaming and how the business model and the core philosophy of the sector stood in stark contrast to the music business. “The music industry doesn’t understand consumer acquisition,” he said, adding that, with the shift into streaming, it was working with a pricing model that was too rigid.

“In gaming you don’t cap the value of the consumer,” he said, noting how games might be free to start with but the in-app purchases can be extended the longer the player stays in the game. Essentially the continued engagement is monetised on a tiered basis.

He noted the (for the most part) default price of £10 a month for music subscription service and this has barely changed in over a decade (with the exception, it must be said, of family packages and telco bundles). This, he suggested, came out of necessity as a service like Spotify was responding to blood flow from piracy and so had to come up with a simple solution that would immediately connect with consumers.

Referring back to Wright’s points early about complex R&D process in TV, he said this is critical to the success of the gaming business.

“It takes us a long time to get a game to a stage where it is ready to go; but when it is ready to go you can really put the hammer down,” he said, “In gaming it is about engagement and retention.”

In terms of data, however, some businesses are grappling with issues that the music industry now sees from its rearview mirror. Cockerill says that “data is central to what we are doing” but that some chefs and publishers of cook books have a testy relationship with Amazon as it holds the bulk of their consumer data.

He said he wants to work with cooks to give them a better window into consumer behaviour but there is still lot of residual animosity between publishers and their “main digital player” (Amazon).

Wright said there was also a battle for data in the TV sector, with some pay-TV platforms not necessarily sharing user data with the owners of programmes. She said this is slowly improving and getting at least some access to anonymised viewer data can be used to deliver better targeting with ads.

She also spoke of how broadcasters are started to embrace AI to deliver better viewing recommendations to users and also use this in their advertising strategies. “We don’t have much data but we are using the data we have to make better and more targeted decisions,” is how she described the current state of affairs in her sector.

Wright ended by saying that Netflix is forcing the hand of everyone in TV to up their game and invest in both original programming and shows with high production values. Netflix’s original programming might not always top its viewing charts but it is an important part of its consumer marketing.

Of course the lessons from these parallel industries cannot simply and smoothly be brought into the music world, but the points around R&D, capping the value of consumers, multiple monetisation and windowing models and more should give the music industry plenty to chew over. 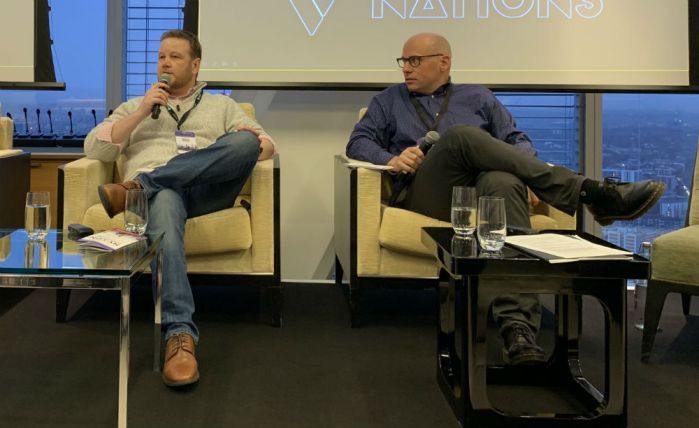 The panel was preceded by a session focusing on another external industry: esports.

The intersection of music and esports – and the lessons that our industry can learn from the burgeoning professional-gaming world – is something Music Ally has been enthusiastic about for some time. For example, here’s our writeup of our talk on the topic at last year’s Sandbox Summit conference.

At NY:LON Connect, Nations CEO Patrick Mahoney and COO Andrew Stanley took up the baton with a keynote presentation titled ‘Move Over Mario: Esports are Here’.

Stanley explained that esports is competitive video gaming. “Gaming is casual and fun with no prize money at stake, whereas esports, significant money is,” he said. In 2018 there were 3,500 tournaments and $150m in prize money globally for e-sports, while in 2019, the esports market is predicted to grow by 40%.

Popular esports games include League of Legends, CS:GO and DOTA 2, as well as Fortnite, whose publisher has committed $100m in prizes for esports tournament this year. And stars like Tyler ‘Ninja’ Blevins have emerged: he made $10m of gross income in 2018, 70% of which came from streaming and 30% from sponsorships, endorsements and other revenues.

Ninja also broke Twitch’s record for peak concurrent viewers when he livestreamed a match of Fortnite against musicians Drake and Travis Scott.

Artists like Metallica and Mick Jenkins have played at big esports tournaments, while Zedd and The Glitch Mob have worked with League of Legends publisher Riot Games on theme songs.

Mahoney talked about how teenage kids are “playing, they’ve got YouTube on, and they’re texting their friends at the same time, trading game hacks and what they’re listening to”. They’re a core esports audience, but that doesn’t mean they’re not also music fans.

He suggested that there’s a strong potential for joint esports and music tours, blending gaming, live performances, meet’n’greets and other activity.

“The similarities between these gamers or esports athletes if you prefer is very similar to managing a musician or an athlete. The revenue streams are very similar. This is THE fastest-growing entertainment industry,” said Stanley.

“These guys are going to tour. Tours have already started popping up. Kids will pay big money to watch these guys play, and they average more per-head on merchandise than your average musician… esports is crushing the merch market per head.”

Stanley also talked about the intersection of esports and music-streaming, including curated playlists on services like Spotify for the big esports brands. He suggested that music marketers should be targeting these playlists more with their pitches. 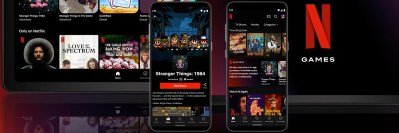