TikTok is testing advertisements in the UK and US

Social-video app TikTok is finally ready to turn on some monetisation features, in the form of in-app advertisements and branded content.

Digiday has the story: it spotted an ad for food-delivery app GrubHub earlier this week, and has now gotten its hands on the pitch deck that TikTok has been sending out to advertising agencies in Europe. It outlines four ad units that are being tested (in the US and UK according to Digiday). They include brand takeovers, in-feed native videos, branded hashtag challenges and branded Snapchat-style lenses.

The deck also offers up some stats on TikTok in Europe: it has 3.7 million monthly active users (MAUs) in the UK, for example, who spend an average of 41 minutes a day in the app, collectively generating around 5bn monthly video views. The MAU count for other countries includes four million in France, 4.1 million in Germany, 2.7 million in Spain and 2.4 million in Italy – so 16.9 million across those five countries. These stats are all from November 2018.

Three thoughts on what this means. First: music marketers could and should be among the earliest adopters of TikTok’s new ad units: even if it’s with experimental budgets to understand the effectiveness of advertising on the platform. Second, though: the sight of monetisation will inevitably train more attention from rightsholders on TikTok from a licensing perspective: remember, Musical.ly had a deal with Warner Music Group before its sale to Chinese firm Bytedance, and subsequent merger with TikTok.

Third: one of TikTok’s big challenges with advertising will be the sensitivities around the younger end of its audience. Musical.ly had a huge (but unsurprisingly unquantified) audience of pre-teens and early-teens. Turning on the advertising afterburners while avoiding falling foul of strict regulations on marketing to children and data privacy alike will be paramount. Details of how TikTok plans to do that aren’t laid out in this leaked deck, but brands and agencies will surely be asking for them before committing to significant spending.

TikTok is adding more musical effects to use in videos

As the likes of Snapchat and Instagram do more with music, TikTok is fighting back by bolstering its own suite of music-related features for its creators. Yesterday, it announced plans for some “immersive music creative...
Read More 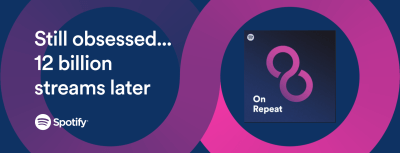 Spotify ‘On Repeat’ opens up to sponsors after 12bn streams

Spotify launched its 'On Repeat' algo-personalised playlist in September 2019 alongside 'Repeat Rewind'. Both were designed to serve up tracks that individual listeners had played frequently – in the last month and earlier...
Read More 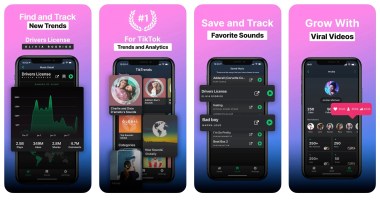