Music Ally first encountered French startup Antescofo in 2016, when the company was a finalist in the Midemlab startups competition. It was touting technology that would let amateur musicians playing at home be accompanied by a full orchestra. The company went on to launch its app, called Metronaut, to do exactly that.

Now Antescofo has announced a $4.5m funding round, and according to TechCrunch has seen the Metronaut app downloaded 160k times so far across Android and iOS.

The company is operating a freemium system for the app: people can access its entire catalogue and play for free for 10 minutes a month, but for unlimited use beyond that, they must sign up to a premium subscription which costs $3.99 a week or $9.99 a month.

Former Sony CEO Idei Nobuyuki and former head of Facebook AI Research Yann LeCun are among the angel investors chipping in to the funding round.

A blog post by French startups-campus Station F has more details on the technology behind the Metronaut app, which was actually developed 10 years ago. “The AI-powered technology is in fact able to recognise a musician’s performance and synchronise any media to them in real-time, whether it be an orchestra, a band or a video,” it explained. 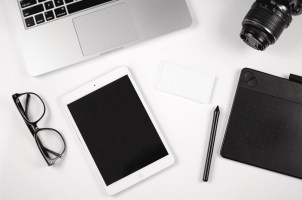 The music industry is recognised as a frontier sector for the process of by which platforms create markets linking sellers and buyers.