Not content with breaking records on Apple Music, Spotify and other digital platforms, Ariana Grande has now become the most-followed woman on Instagram, with her 146.3 million followers overtaking Selena Gomez’s 146.2 million.

Billboard notes that Grande has added more than 13 million new followers on Instagram in the last four months, amid the campaign for her new album ‘thank u, next’. Note: Gomez announced that she was taking a break from social media last September, and has only posted five times on Instagram since then (that’s posts, as opposed to stories) so news that she has been unseated as the platform’s top woman isn’t that big a shock.

Why do we stress the ‘woman’ element of this achievement? Because even Grande doesn’t have as many followers as Instagram’s top account overall: footballer Cristiano Ronaldo has 155.9 million followers: an audience capable of generating 6.4m likes for his latest abs-flaunting selfie in just 12 hours overnight. But with Ronaldo nearing retirement, we wouldn’t be surprised at all if he’s unseated by Grande at some point in the not-too-distant future. 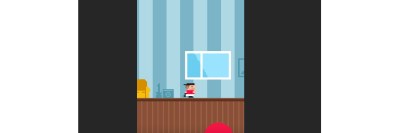 Earlier this month, we wrote about a marketing campaign for Ministry of Sound that made inventive use of Instagram Stories to create a motorbike-racing game – with fans tapping to avoid obstacles and ravines (i.e. to move...
© Copyright Music Ally All rights reserved 2020 - Website designed and maintained by