As part of the by:Larm festival last week, Spotify published some stats on the gender diversity of the 50 most-streamed songs in Norway last year. Spoiler: the stats were pretty discouraging.

“Of 203 songwriters behind the 50 most streamed songs of 2018, only 11,3% were women, and only one of the 83 producers behind the songs were female,” explained Spotify in its announcement of the figures. There are some reasons for optimism: Music Ally has seen at first-hand some brilliant young pop artists in Norway who are writing and producing. It’s just not showing through yet in the top 50.

“The Norwegian music scene is insanely vibrant right now with the international success of so many artists, songwriters and producers. The songwriter and the producer have historically been men, so we believe we need to highlight the fantastic female role models of the industry to inspire even more women to write and produce,” said Jenny Hermanson, Spotify’s Nordic MD.

Levelling up Latin America: MUdaL in association with Spotify for Artists 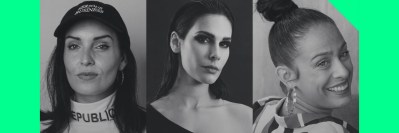 Following an announcement earlier this year, the first three recipients of funding from the initiative have been announced.