British organisation the Entertainment Retailers Association (ERA) has been talking again about the shift from sales to subscriptions in the UK’s entertainment market. Not just for music, but also for games and video.

Music was the last of the three to make the switch: in 2018 paid music subscriptions generated £829m of revenues, and a 62% share of the overall recorded-music market. Games made the switch from majority-ownership to majority-access in 2016, with video following in 2017.

“This is a significant moment. For the first time since the birth of the modern entertainment business in the late 1950s, more revenue is coming from payments for access rather than purchase in all three sectors – music, video and games,” said ERA CEO Kim Bayley. These three sectors combined generate more than £4.5bn of annual spending in the UK on subscriptions. Although as we pointed out earlier this year when ERA’s 2018 numbers first emerged, at £2.25bn from ‘access’ spending, games nearly outweighed music (£829.1m) and video (£1.47bn) combined on this metric in 2018.

UK watchdog orders StubHub and Viagogo to pause their merger

The latest scrap between a regulator and secondary ticketing service Viagogo is, once again, in the UK. The Competition and Markets Authority (CMA) has tangled with the company in the past, and now it has served an ‘initial...
Read More 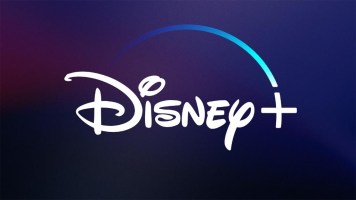 Disney published its latest financial results yesterday, and they included a new figure for the number of people subscribing to its new Disney+ video streaming service. “As we reported previously, we had more than 10 million...
Read More

Usually when Music Ally reports on Amazon’s financial results, we add in a sentence noting that the company hasn’t disclosed any useful numbers for its music services. This time round, the reason is different: the company...
© Copyright Music Ally All rights reserved 2020 - Website designed and maintained by