Some good news for fortysomethings: all those embarrassing (and in some cases recruitment-endangering) photos you uploaded to Myspace in your youth, and couldn’t remember your login to delete, are now scrubbed from the web. Bad news: so is ALL the music uploaded to Myspace before 2016.

“Myspace, the once mighty social network, has lost every single piece of content uploaded to its site before 2016, including millions of songs, photos and videos with no other home on the internet,” reported the Guardian yesterday. Apparently a faulty server-migration is to blame, although it happened more than a year ago, but has only been confirmed by Myspace now. “More than 50m tracks from 14 million artists have been lost, including songs that led to the rise of the ‘Myspace Generation’ cohort of artists, such as Lily Allen, Arctic Monkeys and Yeasayer,” added the Guardian. 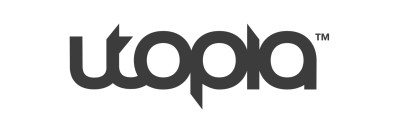 After a flurry of hires and acquisitions, another building block has fallen into place for Utopia Music's ambitious plans.