Fitness startup Peloton made headlines last August when it raised a $550m funding round, valuing the company at more than $4bn. It was relevant to our interests, because music has been intrinsic to Peloton’s online exercise-bike classes: “Our members have embraced music as central to the Peloton experience and consistently rank it as one of the top aspects of the brand,” said its head of music Paul DeGooyer last June, as Peloton acquired B2B music startup Neurotic Media to continue building on that.

But now Peloton has a problem: 10 US publishers including Downtown Music, ole and peermusic are suing the company for copyright infringement, seeking damages of more than $150m.

“While the fitness technology company has licensed with some of the music publishing industry, it has failed to do so with a significant number of publishers, leaving a great deal of income lost to songwriters,” claimed the National Music Publishers Association (NMPA) as it announced the lawsuit. It claimed that songs recorded by the likes of Rihanna, Lady Gaga, Justin Timberlake, Shawn Mendes and Ed Sheeran are among those that Peloton has used in its classes without the necessary licensing in place.

“It is frankly unimaginable that a company of this size and sophistication would think it could exploit music in this way without the proper licenses for this long,” said NMPA boss David Israelite.

Peloton responded yesterday with a statement saying that it was evaluating the complaint. “Peloton has great respect for songwriters and artists. In fact, we have partnered with each of the major music publishers, record labels and performing rights organisations, and many leading independents. We have also invested heavily to build a best-in-breed reporting and licensing system to support our partners and provide our members with a world-class fitness experience.”

But the publishers clearly think they have a strong case. “It’s not just a case of where they only cleared a fraction of a song; there are many instances where they didn’t clear any of the song,” Israelite told Billboard. 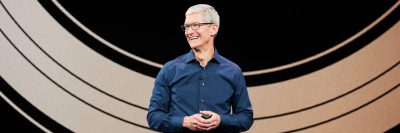 Tonight will see Apple broadcast the keynote for its online-only WWDC event. Normally Music Ally’s main interest would be any updates for Apple Music – subscriber figures and new product features alike – and while...
Read More

The major western music companies are, it’s fair to say, very keen to expand their foothold in the Chinese music industry. From beefing up their offices in China to taking investment from its digital industry’s...
Read More

Pressure mounts on Apple over App Store fees and policies

With the European Commission’s formal investigations of Apple getting underway, Spotify has seen some people and companies rallying to its antitrust cause this week. For example, the chairman of the US House’s...
© Copyright Music Ally All rights reserved 2020 - Website designed and maintained by