Apple Music gets ‘Browse’ tweaks and live gigs in Milan

Apple Music’s iOS app appears to be getting a spring-clean ahead of tonight’s big services press-launch from its parent company. 9 to 5 Mac reported that the app’s ‘Browse’ screen has been freshened up.

“Previously, the Browse tab was laid out with a single horizontally-scrolling carousel of featured content and then a list of navigation options, which would start deep navigation hierarchies before users of the app would actually see any real content. The new design surfaces much more music upfront, accessible with one tap,” it claimed.

“The redesigned layout which rolled out earlier today still features the same horizontal carousel at the top but that’s where the similarities end. Now, the Daily Top 100 playlists are immediately shown followed by a Weekend Warrior section of genre playlists. Presumably, the topic of this scroller will change dynamically based on the day of the week.”

The news came as details emerged of a series of Apple Music-branded concerts in Italy. “Apple Music Live: Piazza Liberty’ will be a series of gigs this spring and summer in Milan, above the company’s big store there. Marco Mengoni and Ludovico Einaudi are among the artists confirmed so far – the latter fresh from releasing what his label described as “the fastest-streamed classical album of all time in its first week of release”.

It’s our strong suspicion that Apple Music will soon have more than 100 million paying users, and that Apple is waiting for that milestone before updating its official stat from the 60 million figure it revealed in...
Read More 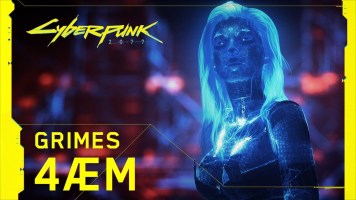 We wrote last week about how the developers of hot new game Cyberpunk 2077 had to warn Twitch users to turn the music off to avoid copyright takedowns. A more positive story is the involvement in the game of artist Grimes,...
© Copyright Music Ally All rights reserved 2021 - Website designed and maintained by