We fired out a quick alert yesterday with the news that the European Copyright Directive had been approved by Members of the European Parliament (MEPs) by 348 votes to 274. Since then, reactions have been flooding in from music-industry bodies, tech associations and internet activists. Spoiler: Nobody sprang a surprise with their views, given their existing stances on whether the directive – and particularly its section on user-uploaded content services – was a good thing or not.

Music bodies including the IFPI, CISAC, ICMP, BPI and more welcomed the legislation, praised MEPs for passing it, and said they were looking forward to seeing it implemented by European Union member states.

YouTube issued a careful statement: “The final version of the EU Copyright Directive is an improvement, but we remain concerned. Article 13 could still have unintended consequences that may harm Europe’s creative and digital economy. We urge EU member states to keep these concerns in mind as they move to implement the new rules.”

From both sides, lobbying will continue, but at the country level now, in other words.

There are two controversies bubbling, also. One concerns whether the new directive’s monitoring obligations for internet companies conflict with the existing European e-commerce directive’s rules on this. The other, as outlined by Techdirt, concerns claims that the order of yesterday’s voting confused some MEPs, who would have voted in favour of an amendment that would have given them the chance to strike out Article 13 completely, but didn’t. That amendment failed by a margin of just five votes.

It’s impossible to know for sure what specific MEPs were really thinking as they cast their votes: but calling into question the legitimacy of the process is an argument we’ll see more of in the months to come. It’s hard to prove, but also hard to disprove – which is why it could be very destabilising. 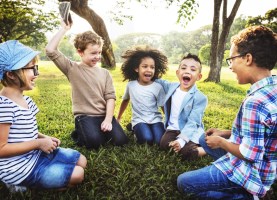 BPI and ERA to host insights session on children and music

News that British industry bodies the BPI and ERA are hosting a ‘New Kids On The Block’ livestreamed event later this month may raise eyebrows, but sorry, it’s not the famous man-band. ‘New Kids on...
© Copyright Music Ally All rights reserved 2020 - Website designed and maintained by