When we think of the musical genres that are benefitting most from streaming, it tends to be hip-hop, R&B, dance and pop. And when we think about the genres that may be getting something of a raw deal, jazz and classical often spring to mind.

And yet… in both genres, there are artists who are finding ways to reach fans and build sustainable careers. Mike Casey is a good example for jazz: his music has been streamed more than 2m times in the first two years of his recording career – and that’s with no label or team behind him.

Casey recently released his second album, ‘Stay Surprising Live at the Side Door’, and talked to Music Ally about how he’s been going about his business.

“Jazz is growing immensely, partially due to streaming. But a lot of the jazz industry is asleep at the wheel,” he says. “It’s still a very label-dominated, radio and physical-dominated, very old-school part of the industry. And not just in terms of those types of infrastructure pillars: also in the thinking.”

Casey suggests that in the jazz world, artists who fit into specific boxes know they’ll be booked for certain venues and festivals; will be played on certain radio stations; and will be able to collaborate with certain artists and make certain types of albums.

Casey, who’s a saxophonist, chose a different path. “I looked at everything happening and thought ‘I could go that route, but let me just try and do it a different way’,” he says. “Most of the industry is very behind, in terms of not embracing streaming. What if I embraced it, and used it to build an audience and scale my career?”

Casey did, earlier in his career, shop his music around to labels, publicists and radio promoters, but met plenty of rejections: partly because he wanted to release a live album as his debut, and partly because he operates in a trio of sax, bass and drums.

“It’s seen as a niche thing. Some jazz stations and jazz writers don’t even cover that format! People have done it, but most jazz people in the industry are looking at the most accessible forms: the classic jazz setup. I had huge radio stations tell me ‘I love this, Mike, but you’ve got to get a guitar player…'”

Casey funded his first album and tour using PledgeMusic, the crowdfunding platform that’s been having a troubled time in 2018 and 2019, but which worked well for him in 2016: his campaign was 124% funded.

“The campaign was really successful – I actually ended up writing a how-to guide! Press started coming in, and I self-booked 30 tour-dates, including some pretty good festivals in the States,” he says. “It was about constant hustling, and growing, against all odds.”

Casey’s music has been played on some jazz radio stations, but it’s streams that have been driving his career. He’s keen to scotch one potential assumption though: that he might be benefitting from inclusion on streaming playlists where the listeners aren’t really engaged.

“I’d really like to emphasise that the streams are largely not just from background mood-music playlists. A lot of them didn’t come from playlists at all, and for the ones that did, the majority came from Spotify’s State of Jazz playlist,” he says.

State of Jazz has nearly 350,000 followers, and Casey says that they’re certainly not just turning on, tuning out and chilling out to its music. “This is a lean-in playlist. This is the RapCaviar of jazz! People listen actively to it: it’s not coffee-table jazz, where artists can get millions of streams and make a bunch of money, but people don’t know who they are.” 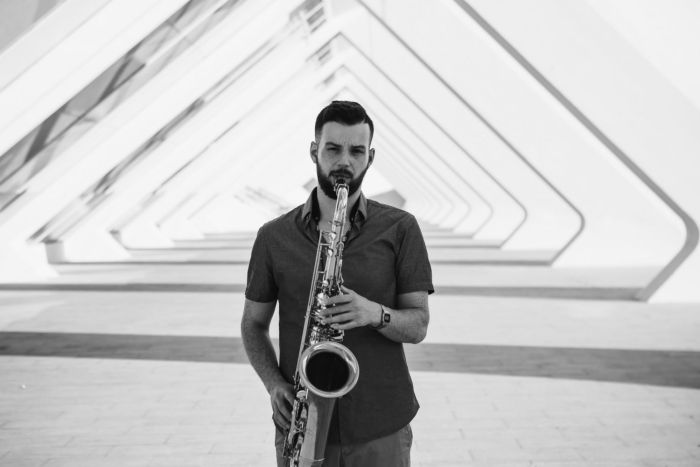 Inclusion on State of Jazz has, according to Casey, been a big help with press, tour-date bookings and radio, as well as helping him to grow his following on social media – he has just over 9,000 Twitter followers and 16,400 Instagram followers.

Casey has also been pro-active when it comes to working with streaming services. For example, having admired the jazz curation on Tidal, he reached out to that company, and was included in its Tidal Rising feature of artists to watch in February 2017. He has since curated three playlists for Tidal’s jazz category.

“It’s about trying to figure out ways to tell the story. As far as having that personal connection with the DSPs, most of it has happened through me reaching out personally to them, doing what a distributor does. Just being in touch with them,” he says.

As a DIY artist, Casey has been thinking hard about how to release his music. For his first album, he released all the tracks at once. For his second, he lined up a schedule of track releases every four weeks or so. Half of the first album’s tracks were featured on streaming-service playlists, but that grew to nearly every track on the second album, which Casey sees as vindication of the drip-fed release schedule.

Casey started touring in March, and fans could buy the second album as a CD at the gigs or from his website: the pitch being that if they wanted to hear the whole album “early” (i.e. before its tracks had been released individually to streaming services) they’d need to buy it. “I sold more CDs by windowing the full album to physical,” he says. “In jazz, CDs are still big!”

Still, playlists and streaming played a key role too. Casey notes that Spotify’s State of Jazz has grown from around 50,000 subscribers when he first started getting featured on it in July 2017, to nearly 350,000 now. He sees that as a positive sign for jazz more generally.

“I’m really thrilled to see that. It’s like when people were somehow surprised that hip-hop became so big. Jazz is now about 1% of the music market, but I think it’s going to grow immensely. Most of it is instrumental, too. It’s truly global: there’s no language barrier!” he says.

“And a lot more people like jazz than people think they like jazz, and DSPs are noticing that. In August I featured on SoundCloud’s top new-music playlist, and most recently on NetEase’s main curated Discover page in January alongside pop acts: some of the first examples of a DSP featuring a jazz artist on their main new-music playlist and editorial. You’re starting to see jazz artists on New Music Friday on Spotify too: DSPs are starting to throw us in there!”

“I think jazz has suffered in the past from a branding problem. People think it’s one of five sounds, but a lot of jazz artists are not one of those things. Even just allowing people to stream it and make up their own minds, it’s going to help our cause quite a bit, even though 100 streams makes you less money than 100 CD sales. The big picture is that we can grow our collective voice as a genre, without the barriers to access that have existed in the past.”

Casey is starting to think about how he might build a team to support his career, and has already put thought into how and where he communicates with fans: for example, limiting his social-media posts, and focusing on driving fans to his number on text-marketing platform SuperPhone, as well as his mailing list.

“Those social media platforms are not paying me for my content! And they own the data, but I want to own the data. So I limit when I post on social media, on purpose. Plus there’s only so much time in the day, and the jazz fanbase? I don’t really know if they care,” he says.

“If that’s what’s needed, maybe I will do it, but I don’t think it’s as necessary as all the experts say it is. As your numbers grow on social media, your engagement drops. That’s how the platforms work. Plus it doesn’t necessarily mean your music is popular: I know artists who have lots of followers on Instagram, but their numbers on Spotify are not good.”

Casey is open to the idea of signing to a label, but says that his experience self-distributing (not to mention self-booking and self-publishing) means he won’t have any wool pulled over his eyes in terms of how much value partners in these areas are really adding to his business.

Partners may also come from the tech world. When he talks to Music Ally, Casey mentions that he recently collaborated with Splice, the online-studio and samples library, to create its first ever saxophone ‘pack’ of sounds.

“No one had ever done an official artist pack on saxophone with Splice before, even though it’s the most popular wind instrument. It’s worked out really well: a really cheap way to reach a lot of producers. Who knows, you could end up creating melodies that might end up on a beat that Jay-Z or Drake gets!” he laughs. The project has already given Casey ideas about splitting future albums up into stems to make available for producers, and working directly with producers in other genres as a composer to create custom unique riffs for their creations for a stake in the publishing.

“I do watch the music-tech space, and if a company is doing something that could apply to me, I’ll reach out and learn more about what they do, and see if there’s a way to collaborate,” he says.

Casey is also releasing a remix album called ‘Surprise: The Remixes‘, where electronic producers have reimagined the music from his first two albums. He’s releasing tracks monthly throughout the first half of 2019, and the third remix came out today (on services including Spotify and Apple Music) with Australia’s Stan Forebee – a rising producer in his own right with 17M streams.

It’s all very much about building a long-term career, one step at a time. “It’s really building it brick by brick. I’m not really focused on the fast track or any viral thing. Most jazz artists, we wanna play until we drop,” he says. “Herbie Hancock is 78! He’s still playing. Now I’ve got some momentum and an audience, I just want to take the art to a higher level.”

We know that chillout music is having a big moment during the Covid-19 pandemic, but one of Spotify’s editors has been making the case for this as a boost for new artists. The streaming service’s ‘Chill...
Read More

Pink Floyd have launched a new streaming playlist on Spotify and YouTube called ‘Syd, Roger, Richard, Nick and David – An Evolving Pink Floyd Playlist‘. The clue to the playlist’s nature is in the title:...
© Copyright Music Ally All rights reserved 2020 - Website designed and maintained by