Mark Zuckerberg calls for more regulation of the internet

Governments and regulators should be doing more to make internet companies like Facebook accountable for their impact on free speech and society more generally… says Mark Zuckerberg. Yes, the social network’s CEO is trying to get in ahead of, well, the governments and regulators who want more oversight of his company, by stressing that he also thinks this is a fandabidozi idea.

“I believe we need a more active role for governments and regulators. After focusing on these issues for the past two years, I think it’s important to define what roles we want companies and governments to play,” wrote Zuckerberg in an op-ed piece published in the Washington Post and Irish Independent. “From what I’ve learnt, I believe we need new regulation in four areas: harmful content, election integrity, privacy and data portability.” He goes in to some detail on each of the areas.

The New York Times briskly summarised the sceptical response from many Facebook-watchers, however. “Many at the Silicon Valley company now expect lawmakers and regulators to act to contain it — so the social network is trying to set its own terms for what any regulations should look like.”

In related and interesting news, Facebook is adding a new feature called ‘Why am I seeing this post?’ to its main news feed. It’ll help people see why any given post has been deemed relevant to their interests (for example: because of their past interactions with the poster). “This is the first time that we’ve built information on how ranking works directly into the app,” explained Facebook.

Meta's latest tests on its flagship social networks may both be of interest to the music industry.
Read More 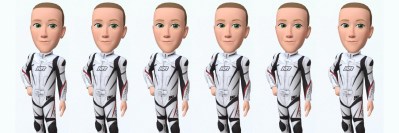 The store will sell digital clothing for use with people's virtual characters across Instagram, Facebook and Messenger.