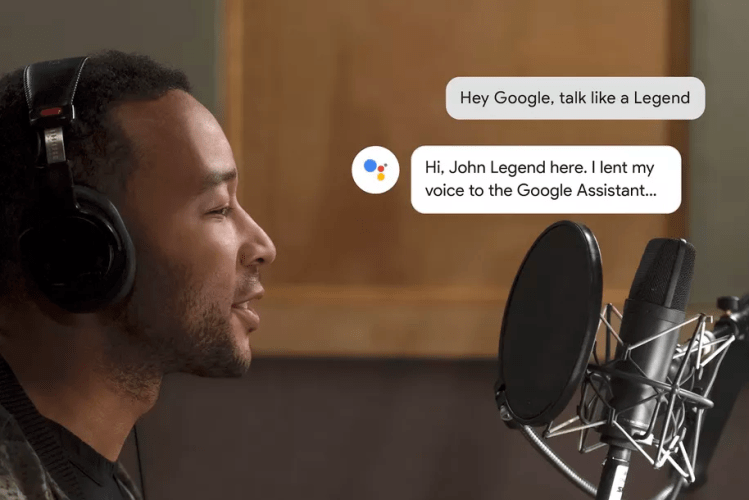 “Imagine hearing the silky smooth voice of John Legend answering your pressing questions everyday. Or narrating your local weather forecast. Or singing you happy birthday,” wrote Google’s Manuel Bronstein in a blog post yesterday. No, Legend isn’t back on the dating market. Instead, he’s lent his voice to Google’s voice assistant, Google Assistant – albeit only in the US for a limited period.

“Just say, ‘Hey Google, talk like a Legend,’ and you’ll hear John’s voice for select content when you ask the Assistant for jokes or for answers to questions like ‘What’s the temperature outside?’ or ‘Why is the sky blue?’ You’ll also hear John’s voice when you ask about his personality and affinity for music,” explained Bronstein.

So this is a time-limited marketing wheeze, really, but a clever one: it’s using a technology called WaveNet which helps Google to produce these kinds of “cameos” for its voice assistant, without locking celebrities in a studio for 10 weeks to record every single possible answer to queries they might be asked.

Legend’s cameo was originally trailed at Google’s I/O conference in May 2018, but it’s taken a while to launch it.

Voice assistants may be bigger in cars than on smart speakers

Smart speakers may be a buzz topic for the music industry still, but a new study suggests that the use of voice assistants like Alexa and Siri in the car may be a bigger tech trend. In the US, at least: Voicebot and Cerence interviewed...
Read More

There are many reasons why Apple is one of the world’s most successful companies, and its ‘walled garden’ of hardware, software and services is one of them. However, it has also proved controversial when companies making...
Read More

Strategy Analytics is the latest research firm to publish new estimates for the smart speakers market. It claims that global sales grew by 70% to 146.9m units in 2019, including 55.7m in the final quarter of the year. The...
© Copyright Music Ally All rights reserved 2020 - Website designed and maintained by