Reports earlier this week that Amazon was preparing to launch a free music-streaming tier for its Echo smart speakers sparked a drop in Spotify’s share price. So what effect will today’s news that YouTube Music is launching a ‘free, ad-supported experience’ for Google Home speakers have?

In fact, YouTube Music’s free audio tier will work on any smart speaker using Google Assistant, as well as Google’s own family of Home devices.

This isn’t a full on-demand experience though. “With YouTube Music and Google Home, you can ask Google Home to play the right music for any moment or mood, and YouTube Music will play the perfect station customised to your tastes based upon your request,” explained YouTube. Anyone who wants to choose specific albums, songs, artists or playlists will need to upgrade to YouTube Music Premium.

As far as we can tell, Google is treading carefully in terms of how it pushes the YouTube Music ad-supported tier on its own smart speakers. When people are firing up a new Google Home, they’ll be able to choose YouTube Music as the default music service during the setup process – alongside Spotify, Deezer and Pandora.

On one level, this is just another part of the process that’s seeing Google migrate its music-streaming users from Google Play Music – which has also been a default option on Google Home – to YouTube Music.

It’s still notable competition for Spotify, however, given its close relationship with Google in the smart-speaker space. Indeed, Spotify has been giving away free Google Home Mini speakers to its family-plan subscribers in the US and UK.

Now all those people – and anyone who buys a Google Home or other Google-powered smart speaker – will have the option of free, ad-supported YouTube Music, even if it’s not on-demand. And soon, based on those reports, Amazon’s Echo will have its own free, ad-supported tier too.

In the west, Amazon and Google have the lion’s share of the smart-speakers market. According to research firm Strategy Analytics, 86.2m smart speakers were shipped in 2018, with Amazon accounting for 29.7m of them and Google another 22.3m. Chinese manufacturers accounted for much of the rest of the total.

The big picture: smart speakers so far have, by and large, been a way to listen to subscription-based music-streaming services, rather than free music – Amazon’s Prime Music feels like free because it’s bundled in to a Prime membership, but for industry purposes it counts as a subscription.

Amazon and Google/YouTube’s moves show that this state of affairs is changing: smart speakers may soon be as much about free, ad-supported music. If that creates a new funnel (like the one on smartphones) towards paid subscriptions, that’s exciting for the music industry – even if there’s the odd confidence wobble around whether these free experiences compete with the paid subs. 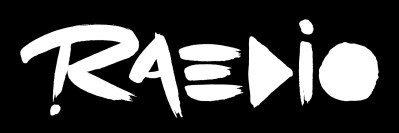 Issa Rae and Google to support women of colour in music

Hollywood star Issa Rae recently made headlines with an interview in which she criticised the music industry.
Read More

Every time we write about Baby Shark, we’re aware we put it on the internal jukebox of thousands of people in the music industry. We’re very sorry.
© Copyright Music Ally All rights reserved 2022 - Website designed and maintained by