Video analytics firm StreamElements has published its latest report about the online-video market, including some useful data on Amazon’s Twitch platform. It claims Twitch generated 2.7bn hours of content-viewing hours in the first quarter of 2019.

“Compared to Q1 2018, that was a 35% increase in Twitch viewership hours. January 2019 was also a record-breaking month for Twitch, marking 948 million viewership hours,” claimed StreamElements. It also noted that YouTube Live is growing: “Its viewership almost doubled between Q1 2018 and Q1 2019.” It’s still some way off Twitch’s numbers though.

There’s also some data on which channels are fuelling Twitch’s viewing: its 100 biggest channels generated 761m viewing hours in Q1, but the ‘longtail’ – channels outside the top 1,000 – generated 540m hours, and grew faster as a group than the top 100.

The report also has some graphs showing the top streamers: gaming stars like Tfue, Shroud and Summit1g may not be as famous within our industry as the ubiquitous Ninja, but they topped Twitch’s charts in the first three months of this year.

Based on a survey of 2,500 people in the US and China listening to a variety of musical genres, research scientists at Berkeley have identified at least 13 emotions triggered by music across cultures. They are: amusing;...
Read More 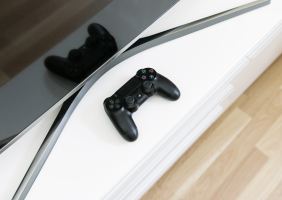 We’ll have to wait a few months for the official IFPI figures on the global recorded-music market’s growth in 2019. However, for the games world, Nielsen subsidiary SuperData has issued its early estimates for global...
© Copyright Music Ally All rights reserved 2020 - Website designed and maintained by