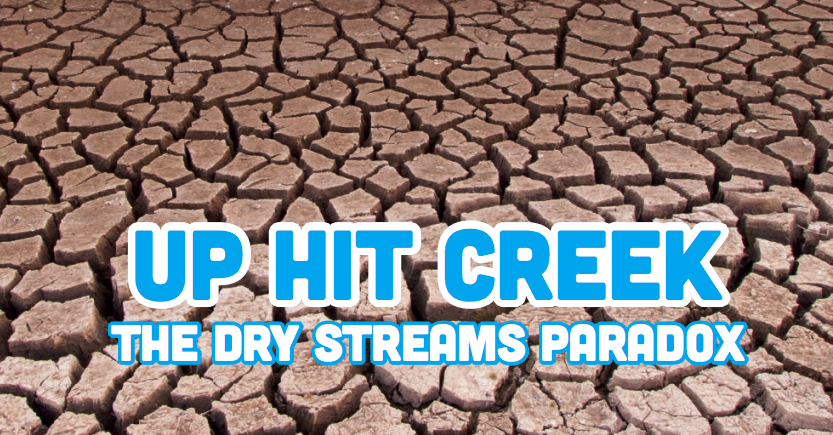 Are you frustrated with the size of your fanbase? Tired of banging your head against a brick wall with ticket and merchandise sales? Unable to reconcile your streaming figures with the number of genuine fans? Then you might be suffering from The Dry Streams Paradox.

What’s that? It’s the challenge that a growing number of artists are facing: that placement of their tracks on popular streaming playlists might generate streams, but not necessarily lasting engagement from those listeners. Indeed, many of them might never know who the artist is or even what their track is called.

“I was with somebody the other day and they said, ‘Oh my god, I love this song, I’ve added it to my library.’” says Patrick Ross, SVP of digital strategy at Music Ally. “I asked, ‘What is it?’ And they said, ‘I don’t know – it is on one of my playlists.’ And that is the dry streams paradox.”

You can tell when you’re suffering from dry streams when, as soon as your track falls down or off a playlist, your streaming counts plummet too.

“Being featured in large and prominent playlists might be good in the short term for initial streams, but it doesn’t automatically foster a healthy and committed fanbase,” says Isabelle Ljungqvist, digital marketing coordinator at Music Ally.

The phenomenon of dry streaming is perhaps no surprise, as the industry shifts towards a playlist-driven culture. And you might wonder what, exactly, the problem is here? Dry streams are still streams, and they pay as well as any other kind of play. As Oscar Wilde might say: there is only one thing in life worse than being dry-streamed, and that is not being dry-streamed.

Labels can make good money with a well-crafted strategy of releasing a steady flow of tracks and pitching them effectively to relevant playlists. But for artists who want to build engaged followings, the fundamental problem with dry streams is that they put them at the mercy of the streaming platforms.

“If you are finding favour within the streaming ecosystem, then every time you release something you get a bump because you get playlisted,” Ross explains. “But in reality you are completely beholden to the playlist owners so that they continue to playlist you.” 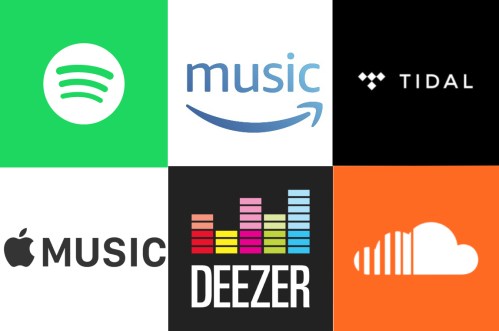 In recent months, Music Ally has heard from more managers and labels who are, if not abandoning playlists altogether in their strategies, certainly putting more focus on organic methods of growing their audience.

“When we launched some of our young artists last year, we went to Spotify and said the only thing we are going to be focusing on on Spotify is to build that Spotify follower numbers. We are not asking you to add stuff to playlists” one manager tells us.

“It is basically dusting off the marketing book from 2009 and going, ‘What are all the activities you have to do? And what actually makes an artist?’” says Ross. “And that involves all kinds of marketing, physical and digital, whether that be a good Instagram strategy, frequently playing live, and even TV or radio or bits of press: all the things that make the artist more than just a name and a packshot on a playlist.”

This kind of storytelling requires careful planning, as well as concentration on the kind of marketing skills – from creating engaging social posts to working on your mailing list – that can get overlooked in the scramble for playlist slots.

Music Ally’s advice includes: join up the dots on your digital presence, so that artists have a life beyond Spotify and Apple Music. Make sure that your web presence is good, so that when you do get playlisted, there’s a next step for people who want to know more about you.

That’s where tracking, remarketing and digital advertising and promotion back to these people comes in. You need to be able to figure out who your audience is by using the tools provided. That includes simple followers and likes as well as custom engagement based audiences within Facebook and Google Ads, and actually cultivating your own audience and having the ability, even if it is paid, to have an audience that you reach and activate.

That way, when it is time to get the message out, you have the ability to do so – and in a way that will create streaming growth that’s anything but dry.

Music Ally will be talking about this on our keynote panel at our next Sandbox Summit event. You can see the full agenda for Sandbox Summit 2019 NYC at the official website, where you can also book your tickets to join us on 23 May in New York! 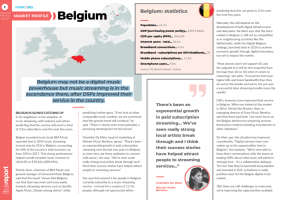 Spotify hails Olivia Rodrigo single as a ‘force of nature’

Olivia Rodrigo’s ‘Drivers License’ appears to be the first breakout streaming hit of 2021, with the ‘High School Musical: The Musical: The Series’ star riding high on various DSPs. According...
Read More

In May 2019 Spotify showed off its first consumer hardware: a voice-controlled speaker for in-car use called ‘Car Thing’. It was being tested with a small group of motorists in the US to get feedback for further...
© Copyright Music Ally All rights reserved 2021 - Website designed and maintained by