Have you heard of OpenAI? It’s a non-profit artificial-intelligence company backed by Tesla founder Elon Musk and LinkedIn founder Reid Hoffman among others, with a claimed mission to “ensure that artificial general intelligence (AGI) – by which we mean highly autonomous systems that outperform humans at most economically valuable work – benefits all of humanity”.

It made headlines in February when it showed off an AI model capable of writing news stories and fiction so convincingly-human, the company declined to release the research publicly in case the system was misused.

Anyway, keep that ‘benefits all of humanity’ line in mind, because OpenAI is now getting into AI-generated music. “We’ve created Musenet, a deep neural network that can generate 4-minute musical compositions with 10 different instruments, and can combine styles from country to Mozart to the Beatles,” announced the company yesterday.

“MuseNet was not explicitly programmed with our understanding of music, but instead discovered patterns of harmony, rhythm, and style by learning to predict the next token in hundreds of thousands of MIDI files.”

This prototype *has* been released, but only until 12 May, so that people can try it out and give feedback. A simple mode lets you choose a composer or style, and an optional start of a famous piece of music. An advanced mode lets you interact with the model directly.

“We’re excited to see how musicians and non-musicians alike will use MuseNet to create new compositions,” said OpenAI – a familiar refrain from companies creating this kind of technology, who are keen to swerve brickbats from musicians concerned about the implications.

Music Ally’s view remains the same on all this: music-generating AIs do present some challenges and concerns, and also some exciting creative possibilities. That’s why it’s so important that musicians and the music industry play with this technology to understand what it’s capable of, and engage with the companies that are developing it.

We’ve covered the growing number of startups trying to commercialise AI music (here, in our primer, which needs updating now) but the work of the bigger, general AI teams at companies like Google (with its Magenta project) and now OpenAI are just as important to understand. 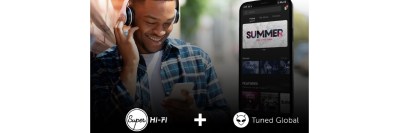 This is a guest post written by Dr. Ari Katorza, Amir Graitzer and Doron Gabbay of AI music analysis platform MyPart. Previously, MyPart analysed a series of Afrobeats tracks for Music Ally and compared them to hit songs...
Read More 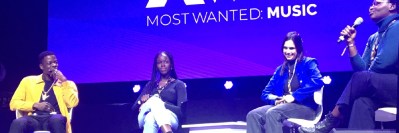 Perhaps it was to be expected of a city that prides itself in rattling the cages of structural authority that one of the main topics of conversation at the Berlin-based Most Wanted: Music conference, which took place in late...
© Copyright Music Ally All rights reserved 2022 - Website designed and maintained by