Music distributor TuneCore has hit its latest milestone: $1.5bn of distribution revenue for its independent artists. That’s after earnings of $83m in the first quarter of 2019, up 21% year-on-year. This follows a 28% increase (to $308m) for TuneCore’s distribution income in 2018 as a whole.

The company noted that YouTube monetisation showed particularly encouraging growth for TuneCore artists in 2018, increasing by 48%.

Overall, streams and downloads of its catalogue grew by 83% to 199.3bn in 2018 – although note the gap between the percentage increase in consumption and in distribution revenue that year.

TuneCore also broke out the percentage growth for streaming in various territories, with Africa’s 146% increase topping the list. That’s ahead of Asia (52%), Oceania (38%), Europe (35%), Latin America (32%) and North America (31%) – although clearly Africa is starting from a much smaller base, so its sharper growth is less of a surprise. 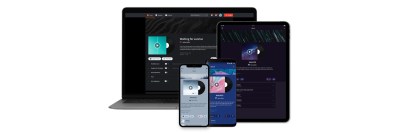 BandLab is one of the most popular and longest-established online tools for creating music and collaborating with other musicians, although its parent company has diversified into physical instruments and music media –...
Read More