There’s something we missed in Facebook’s raft of announcements at its f8 developer conference earlier this week. The company is “opening Instagram to the entire Spark AR creator and developer ecosystem”. What’s that? Spark AR Studio is Facebook’s tool for developers to build augmented-reality content, thus far mainly focused on its Facebook Camera feature. Now, that’s fully opening up to Instagram, and to boil this news down: it means labels could be creating AR camera filters for artists to be used on Instagram, just like they’ve been able to build ‘lenses’ for Snapchat.

Facebook did launch a closed beta of Spark AR for Instagram last year, but from this summer it’ll be open to everyone. This plays in to a key Music Ally belief: that augmented reality IS hugely interesting for the music industry, but less in terms of creating individual AR apps for artists, and more in terms of making fun, engaging AR content for the big social platforms’ AR features, which fans can then use for their own creative posts and stories.

Instagram may not be opened up fully until this summer, but now’s the time to start dreaming up some ideas for when that happens – and perhaps testing them in Snapchat and Facebook Camera in the meantime. 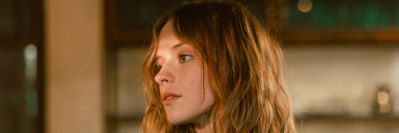 AWAL has launched an interesting marketing campaign on Instagram for artist Gabrielle Aplin’s new album ‘Dear Happy’. It’s based around the tarot cards that Aplin created for every track on the album: a physical set...
Read More

“Create a playlist with Yummy on repeat and stream it. Don’t mute it! Play it at a low volume. Let it play while you sleep.” “Buy the song on iTunes. Buy the song multiple times on Justin’s website.” These...
Read More

As part of the promotion for their The Later Years album and box-set, Pink Floyd have just launched a number of augmented reality filters for social media. Rhino UK commissioned WMG’s Firepit Technology to create Instagram...
© Copyright Music Ally All rights reserved 2020 - Website designed and maintained by