For a number of years, in part to try and steal a march on YouTube, Facebook has been encouraging native uploads from creators (i.e. posting videos straight to Facebook rather than linking to external sites). Now it is courting filmmakers and saying that it will, over the coming months, add “a series of ranking updates” for videos.

It breaks this down further by saying that it will take into account three distinct factors when assessing videos. The first is “loyalty and intent” (where they “will add more weight in ranking to videos that people seek out and return to week after week”). The second is “video and viewing duration” (saying that videos need to capture viewing attention for at least a minute and there will be extra weighting for videos that can hold viewers for over three minutes). And the third is “originality” (to try and shift posters away from uploading “unoriginal or repurposed content”).

While this is mainly aimed at general video creators we cannot help but notice that pop videos (original, based around fan loyalty and running to over three minutes) almost seem precision tooled to benefit from Facebook’s proposed rankings boost. The push away from “repurposed content” could, if we were astonishingly cynical people (which, of course, we are not), be seen as a way to get videos posted on Facebook first before they are posted elsewhere (e.g. YouTube) and creating an algorithmic dynamic of “exclusivity ranking”. 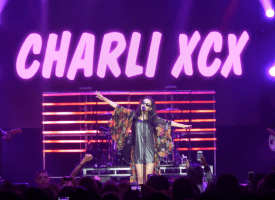 Jayne Stynes, general manager at management body the MMF, hopes that some of the innovation around livestreams during the Covid-19 pandemic will lead to lasting change. “At my most optimistic, I would love to believe...
Read More

Stitcher is one of the longer-established podcast services, and now it has published a report exploring some of the podcasting trends of 2020 (and the last decade) based on its data. Among the points: nearly 7m podcast episodes...
© Copyright Music Ally All rights reserved 2020 - Website designed and maintained by