How Otis McDonald built a career… through royalty-free YouTube music

With the EU Copyright Directive passed but still to be implemented by the different member states, the issue of the ‘value gap’ certainly hasn’t gone away.

At the heart of this debate is the argument that ‘user-uploaded content’ services, most notably YouTube, that use music as such a core part of their business should be paying more to music rightsholders.

It’s not that YouTube isn’t licensed or paying royalties – it is – but rather that (in rightsholders’ eyes) going into negotiations without the existing safe harbours would put YouTube on a level playing field with other services like Spotify, and (they hope) lead to higher payments.

It’s never been a contradiction that amid this often-bitter debate, a variety of artists have found ways to use YouTube as a platform for audience-building AND growing incomes. The latest has taken an unusual route.

Performer and producer Otis McDonald (real name: Joe Bagale) has given away most of his music through YouTube’s royalty-free audio library, which it makes available for creators to soundtrack their videos. His songs have been used in more than 3.5m YouTube videos that cumulatively have more than 7.6bn views. This is his story. 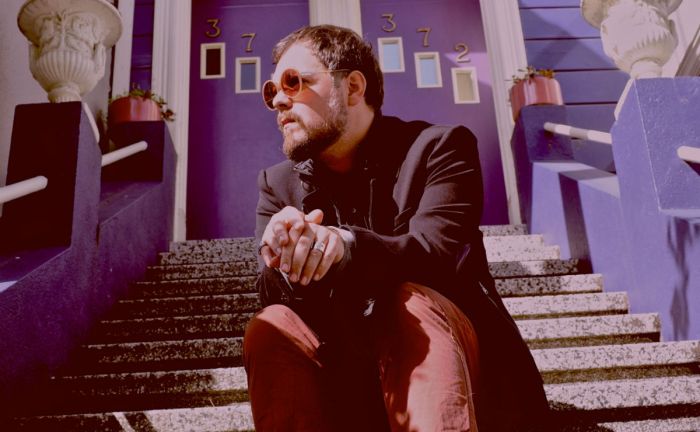 Born in 1983, Bagale grew up in Rochester, New York as the youngest of three boys, with a father who taught music theory, composition and recording at high schools and had built a home studio. He and his brothers would grow up surrounded by music and be nurtured as multi-instrumentalists.

“When I was 11 I saw The Beatles Anthology documentary and said, ‘I want to do that!’” he tells Music Ally. “They were the number one influence for me.”

The inevitable high-school bands were formed to play covers, but Bagale was also learning to write and record. In 7th grade, one of his bands played his school’s dances performing covers of songs by Weezer, Nirvana, Led Zeppelin and The Beatles.

“I was about 12 years old and it’s the first time I got paid doing anything!” he says.

At high school, he focused on the drums and was taught by Rich Thompson who used to play in the Count Basie Orchestra. This, Bagale says, made him a “jazz snob” and he went to study at Eastman School Of Music in Rochester.

Having got into funk and R&B, he moved to San Francisco for what was to be a year out from studying. He picked the Bay Area because one of brothers had already moved there but also because some of his favourite albums by acts like Herbie Hancock’s The Headhunters had been recorded there.

He started getting club gigs and was introduced to The Jazz Mafia, a collective who would put on nights in the city’s Mission district. He landed gigs with jazz-fusion band Re-Orchestra and also started working at the Coast Recorders studio. 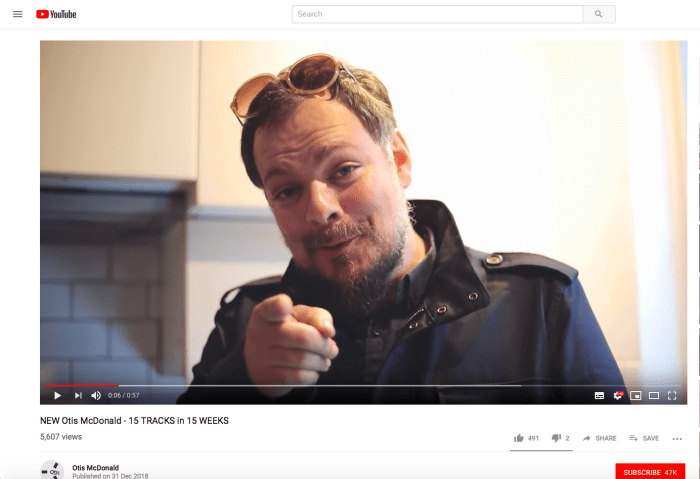 Bagale’s introduction to YouTube came when some friends from New York visited and showed him the then-nascent video service.

“The first thing we saw was a crazy interview with James Brown. That and Frank Zappa on Crossfire [CNN’s current affairs debate show where Zappa discussed censorship in 1986]. I was like, ‘Holy crap! This so cool!’ Then I started seeing other local musicians putting their music videos up there or even just promoting concerts using YouTube. Right then I saw that it was a super-powerful platform for just connecting to the rest of the world.”

At the end of 2013, he had just completed a tour where he was singing and playing keyboards for Mickey Heart from The Grateful Dead. Bagale had just got married and needed to increase his income.

Contacts at YouTube in New York were starting a royalty-free audio library and he was one of the writers and producers they got in touch with. It was still at the trial stage so he had to submit music for review before they would put him on their books.

It was, as the title suggests, payment-free at the point of use (although there was a payment commission from YouTube for it); but Bagale felt the fact that producer and writer credits were attached to all tracks was enough for him when it was made available for blanket use on YouTube.

“I just figured with YouTube being the biggest streaming service it would be in my best interests to make the music as top quality as possible because it was almost like handing out a bunch of business cards – literally millions of business cards!” he says.

“If the music was good enough then people would use it in their videos and hopefully a percentage of those people who saw those videos would want to find out where that music was coming from. If I played my cards right, if I built a brand and if I had my own YouTube channel then people would start coming there to hear the full-length tracks. Then they might go to other places like Spotify or Apple Music that are more ‘traditional’ listening places for music.”

On the platform there is no automatic attribution of writer and producer credits if someone uses his music – and Bagale does not insist on it. He found that people in the comments section were naming him as the composer and linking to his site and YouTube channel – causing a spike in traffic to both.

He would also link in the comments section to his channels wherever he saw his music being used, directing people to the full track and also his catalogue on YouTube and other streaming services where it could be monetised.

“I was looking to see if I could literally build a brand out of nothing,” he says.

Early tracks were released under his real name but he ended up recording a song called ‘Otis McDonald’ (“I was trying to write a song for Michael McDonald and some elements in it like the glockenspiel reminded me of ‘Strawberry Letter 23’ by Shuggie Otis”) and that became his stage name.

That track was used in a seven-second video from 2014 (“Anybody Afraid of Spiders?”) where a girl had a spider crawl out of her mouth and the video, as well as his song because she had credited it, went viral.

Besides those 3.5m video placements and 7.6bn views, McDonald’s tracks have been downloaded more than 3m times from the YouTube Audio Library, and they have been streamed over 3m times on Spotify.

Having given away music for free has worked for him, but it may not work for others. There are too many variables – the genre, the feel, the sheer chance involved in going viral – to make it a template for anyone else to follow. How does Bagale feel about the value gap debates centered on YouTube?

“My answer to that obviously has a lot of layers to it,” he says. “I do get into pretty heated discussions with other musicians as to whether or not this is ‘devaluing’ music by raising the quality of royalty-free music. The question then is: what is the value of music? To me, as a musician, there is significantly more value in more people hearing music than me making $10 from CDs for 100 people.”

He continues, “The way I had to think about it is this: why is this any more valuable than when a painter is commissioned to paint a picture? When the artist is done painting that picture and has sold it to the person who commissioned it, they don’t own that anymore but accept that their name is always attached to it. I never wanted to be stifled by holding back my ‘best work’.”

YouTube is something he regards less an oubliette and more as a shop window.

“There are literally millions of people around the world who have heard my music,” he says. “How would they have had my music if I held it back and distributed it the same way or sold half or 75% of my rights to a record label who then owns all of that music and I have to wait until they recoup all of the money they have spent on PR [and marketing] before I ever make a dollar off it? At least I am getting paid to make something and get it out there. I am working-class musician. I was never getting paid to make music in the first place! I was having to get paid to go out and play Grateful Dead songs.”

Bagale is mostly a studio artist these days, but he does continue to play on the local scene in San Francisco. For 14 years he was a teacher at the California Jazz Conservatory but has recently given that up. Artists, he feels, have always had to multitask to make a living – it is just even more so the case today.

Bagale is currently testing out YouTube’s power as a proxy A&R, putting out a snippet of a new song every week for 15 weeks and then building a 10-track album from the songs that are most popular.

“The original inspiration was how much I liked Choose Your Own Adventure novels when I was a kid,” he says. “The reason why we did it on YouTube is because that is where my fanbase mostly is.”

The 10 tracks will not be shortlisted just based on total plays, as he will also factor in things like how much people are commenting and how much they are liking/disliking videos. He is also counting the amount of time people are watching the videos. They will amalgamate all of that and use that data to pick the final 10 tracks.

For Bagale, it is about moving in technology’s slipstream rather than trying to bring it to heel. “The truth is it is never going to go back to the way it was,” he says, bluntly. “So you might as well try to be forward-thinking about how you can make this work.”

Midem’s Artist Accelerator has been a popular addition to the music-industry conference over the last five years: choosing a group of emerging artists each year for a programme of mentorship and networking, as well as live...
Read More

One of the challenges that YouTube presents for the music industry is the way music videos compete against other kinds of content and creators on the service. Many of whom are churning out videos much more regularly than...
© Copyright Music Ally All rights reserved 2020 - Website designed and maintained by