Spotify in India: ‘Our job is to grow the market’

It isn’t easy being Spotify. It’s harder being Spotify in India, a country where the launch of the world’s number one audio-streaming service has been the subject of much speculation and controversy.

Now that’s it here, without most of the Warner Music Group catalogue and that of Saregama, India’s oldest record label that owns the rights to the majority of Hindi film soundtracks released between the 1950s and the ’80s, Spotify might find it tough to compete for the position of the nation’s top streaming service.

So far, it’s got off to a decent start. The company recently announced that it had more than two million monthly active users two months after launching in India. But the news was somewhat overshadowed by grander statements by its many rivals.

Over the last three weeks, Gaana, JioSaavn and Wynk Music each claimed to have reached a 100 million milestone (active users for the first two, installs for the third) while Alphabet stated that YouTube Music, which launched in India a fortnight after Spotify, had been downloaded more than 15 million times. All this followed the recent announcement that India is now YouTube’s largest market, with more than 265 million MAUs for the video service overall.

In the absence of verification, these figures are taken at their word, even if the total number of MAUs of all audio-streaming services in India was said to be 150 million in 2018. However, though Spotify has entered a seemingly packed market – which also includes Apple Music, Amazon Prime Music, Google Play Music and Hungama Music – it’s early days yet.

The reason everybody wants to be here is because of the huge gap between the number of users and the potential. “Although it’s crowded, for any player right now it’s not too late,” said Jay Mehta, director of digital business at Sony Music India who compares the situation to what happened in the telecom sector, which now includes just three private operators, Vodafone-Idea, Airtel and Jio.

“For telecom to reach one billion users, they needed eight to ten players before consolidation,” said Mehta. “That happened once they’d reached the peak of penetration. Until [that occurs with audio-streaming services] everybody sees equal opportunity and that the next 100 million users will come through them.”

Yet, despite its freemium model, Spotify in particular seems to face a unique set of challenges. Unlike most other competitors, it functions outside of a support system of sorts, something that Spotify India’s managing director Amarjit Singh Batra sees as an advantage.

“We’re probably the only company focused only on this and not doing anything else,” said Batra in an interview with Music Ally. “Our investments in people, resources and innovation are [all] within this space.” Even so, this means Spotify will have a steeper climb while garnering market share.

Said Vijay Basrur, the founder of Indian independent music digital distribution service OK Listen!: “If you look at the major players right now, it’s the only [one] outside of an ecosystem.”

Amazon has its vast base of Amazon Prime customers, Apple Music has a niche but loyal following for its parent company’s products, JioSaavn and Wynk are part of major telecom companies Jio and Airtel respectively and Gaana has the marketing muscle of its owner, the Times of India Group. This also means the competition can afford to cut prices, as Gaana and JioSaavn did within a month of Spotify’s arrival. Apple Music has also followed suit.

Basrur believes the platform would therefore benefit greatly by partnering with a mobile handset manufacturer as it has done in other territories. “If all Samsung phones come pre-loaded with Spotify, not only the software but a trial subscription, it would be interesting,” said Basrur. Aware that India is an Android-dominated market, the company just released a ‘Lite’ version of its app for low-end phones.

But when it comes to working with labels and musicians, Spotify’s layout, which emphasises playlists over specific artists or releases could be a bit of a roadblock as well, feels Basrur.

“When you open Spotify, you don’t see an editorial push in terms of the content that’s surfacing,” he said. “When you open JioSaavn, Gaana or Apple Music, what you see seems to be very relevant like a movie [soundtrack] release or a popular artist.”

At least some things are going well. Industry observers say that engagement is higher on Spotify than on other platforms. “One of the surprises is the consumption per consumer”, said Sony’s Mehta. “Considering the overall engagement per user per month that we have in India, they definitely have an edge. When they started off, it was more than 2X the average.”

Batra said that in addition to the top metros, users are “coming in from all parts of the country” such as, for example, the city of Guwahati in northeast India. This, he said, is reflected in their most popular India-specific playlists: they launched with over a 100, covering a range of languages and genres.

This strategy appears to be working. “The depth of playlists we have stands out compared to anybody else in this space,” said Batra. Users have also been impressed by “the easy interface” and the level of personalisation offered by the service, he said.

Industry folk agree that while competitors such as Gaana have increasingly implemented artificial intelligence technology to strengthen their listening recommendations, they have some way to go before catching up with the global leader in this aspect.

“What [Spotify has] going for them is passive discovery,” said Basrur. “That algorithm they have is very, very powerful.” Mehta also praised Spotify for the “consumer insights” that it offers, which he is said is unmatched by other players. “We didn’t have all of this for Indian consumers, except [from] YouTube,” he said.

Spotify told Music Ally that more than 100 Indian acts have already signed up for Spotify For Artists accounts, through which they get access to demographic and geographic data from 79 markets.

Batra said the company isn’t going after a specific customer base. “Our job is to grow the market,” he said. “Anybody who listens to music, we want to be a platform for them.”

Based on its ongoing advertising and marketing campaigns however, it clearly seems to be targeting the youth, who perhaps won’t be turned off by the absence of many classic Bollywood soundtracks.

Though songs are available in all Indian languages, Spotify is currently curating playlists in four, Hindi, Punjabi, Tamil and Telugu, which according to Batra, account for “90 per cent” of all consumption. “Going forward, we’re going to look at other languages [including] Marathi, Malayalam, Kannada, Bhojpuri, Bengali [and] Gujarati,” he said.

Looking at the daily charts that Spotify publishes for the most-streamed tracks in India (which can be seen here), it appears that the service has attracted the urban consumer who listens to international music.

So far, the No.1 tunes on any particular day have all been international pop hits: “If I Can’t Have You” by Shawn Mendes, “Me!” by Taylor Swift featuring Brendon Urie, “Boy With Luv” by BTS featuring Halsey, “On My Way” by Alan Walker featuring Sabrina Carpenter and Farruko, “Sucker” by Jonas Brothers, “I Can’t Get Enough” by Benny Blanco, Selena Gomez, J. Balvin and Tainy, and “7 Rings” by Ariana Grande.

Conspicuously missing from this list is “I Don’t Care” by Ed Sheeran and Justin Bieber, which last Friday broke the record for the highest number of daily streams on Spotify globally. Sheeran is signed to Warner, which is why his tracks – including the top most streamed song on the platform of all time, “Shape Of You” – aren’t available in India.

Given that a recent ruling doesn’t bode well for Spotify in its ongoing legal dispute with Warner in India, the service could also stand to lose millions of songs by the major’s publishing division Warner/Chappell, which it will have to remove if it loses the case. These include those by such worldwide superstars as Beyonce, Katy Perry, Kendrick Lamar, Radiohead and Rihanna.

On the other hand, K-Pop, the popularity of which has been growing exponentially in India, appears to be over-indexing on Spotify where, at the time of the publication of this piece, tracks by both BTS and Blackpink are in the Top 30 and six tunes by the boy band (‘Fake Love’ and five of the seven songs on new EP Map of the Soul: Persona) are placed in the top 200.

A common grouse among players, including Spotify, is the dearth of local independent content in the country, which remains a film-centric market. Other companies have addressed this by producing original content, such as JioSaavn’s Artist Originals and Gaana’s Originals releases, and making deals for exclusives, as Apple Music has done with a number of Indian independent acts.

Spotify, which has an anti-exclusive stand, has yet to introduce its artist-specific initiatives such as the Spotify on Stage gig series and Fans First, through which users get early access to concert tickets and merchandise, in India.

Batra said that these offline activities are “something we see ourselves doing”. Perhaps we’re looking for too much too soon from Spotify, like for instance the belief that it will be the one to help Indian acts break through internationally. On its part, Spotify has been seeding Bollywood and Indi-pop tracks into playlists such as Global X, which aims to have listeners “discover rhythmic crossover hits from cultures around the world”.

And almost a year before it arrived, the platform had appointed American-Indian rapper Himanshu Suri as the head of Indian culture. Suri works out of their New York office and handles the service’s Desi page.

“There’s so much hype around them that people have a lot of expectations,” said Basrur. “My guess is that before they decide to do anything large, they will make sure they’re on a steady course of normalisation. They will take it a little slow.” 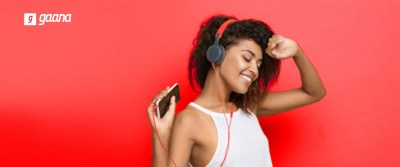 Taking on radio to become the future of audio comes with pitfalls, as Spotify is finding out. It has just removed nearly 150 hours of podcasts from its service.
© Copyright Music Ally All rights reserved 2021 - Website designed and maintained by