If you were a a popular gamer on video service Twitch, how much do you think game-publishers would pay you to promote their new titles? According to the Wall Street Journal it’s between $25k and $50k an hour, for those broadcasters capable of drawing audiences of more than 15,000 simultaneous viewers.

The report suggests that big publishers including Electronic Arts, Activision Blizzard, Ubisoft and Take-Two Interactive are all finding this money worth spending, as a way to create buzz around their new releases.

You may remember recent claims that Tyler ‘Ninja’ Blevins was paid more than $1m by EA to stream himself playing its Apex Legends game – a figure that by the WSJ’s reckoning, could mean around 20 hours of streamed gameplay over a few days. 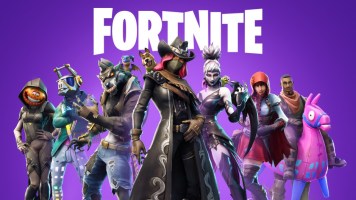 We confess to smiling at a YouTube video published from the official Fortnite channel (then shared on socials) titled ‘Watch How This Bear Made The Unlikeliest Of Friends’. The video is a rickroll: anyone clicking through...
Read More

It’s a bit reductive to call Tim Sweeney just the ‘Fortnite boss’ – his company Epic Games has a big business outside that game too, from the Unreal Engine development platform to game series like Gears...
© Copyright Music Ally All rights reserved 2020 - Website designed and maintained by