Spotify launched its first bundled subscription with video-streaming service Hulu in the US in September 2017, for $4.99 a month. The company later rolled it out as a $12.99-a-month option for all American customers in April 2018, then dropped the price to $9.99 a month in March this year.

Now a surprise: Spotify has ended the ability of anyone except students to sign up for a combined Spotify/Hulu subscription. “It’s no longer possible to sign up to this deal unless you’re eligible for the student discount,” explains a page on Spotify’s support website.

Music Ally understands that anyone who has already signed up and activates their Hulu by the start of July will have access to the video-streaming service for at least two years (and “possibly more” according to Spotify’s spokesperson) as long as they maintain their Spotify subscription.

Even so, some kind of limit has seemingly been reached for the bundle, at a time when music rightsholders are privately (and some publicly) fretting about the impact that entertainment bundles might have on their music-streaming businesses. Which is not to say that’s the reason Spotify has ended the ability for anyone who isn’t a student in the US to sign up for its Hulu bundle.

Earlier today we reported on Spotify's latest financial results. Since that story, Spotify has published its full financials filing, including some interesting news about its investment in distributor DistroKid. That's...
Read More

Spotify has published its financial results for the third quarter of 2021, revealing that it ended September with 381 million listeners and 172 million subscribers. That’s up 19% year-on-year in both cases, and means...
Read More 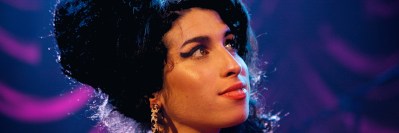 Amy Winehouse ‘Back to Black’ album gets enhanced on Spotify