“To really make stuff go on TikTok requires a lot of understanding. We tell labels all the time: you can’t just take a song and throw it on TikTok and hope it goes well,” said Jacob Pace, CEO and VP of business development and A&R at Flighthouse, who was interviewed on stage by Marni Wandner, VP of digital at The Syndicate.

Flighthouse is the company whose TikTok channel has more than 18 million fans, and which has also expanded to YouTube and Instagram over the past year.

So, if you can’t just throw a song onto TikTok, what can you do? You can work with Ariana Grande’s label to mix together two of her big tracks, sped up, and *then* throw it on TikTok, as Flighthouse did.

“With Ariana, our upload did a million re-posts. It was basically a ‘Side to Side’ and ‘7 Rings’ mashup, sped up. It was super-successful. It’s stuff like that we tend to do with the labels,” said Pace, who was speaking at Music Ally’s Sandbox Summit conference in New York.

“The beauty of the internet is now you have a lot of songs taking off by people just remixing them ad bootlegging them.”

Pace claimed that Flighthouse’s growth on TikTok has been “pretty organic” so far, as it figured out what kind of videos would catch on with the app’s youthful audience.

“I think it was just putting out consistent content, and the fans just kinda came with it. We didn’t really growth-hack all that much,” he said. “Consistency is so important.”

Another artist that Flighthouse worked with was Austin Brown, with his debut single ‘In Betweenin’. It got 50,000 re-posts, which Pace suggested was a more common total for a song on the platform.

“But that was an example of a song that didn’t really sound TikTokable. We added a remix to it and made it more usable,” he said. His point was clear: while some artists may balk at their music being chipmunkised for social fun and frolics, it’s this kind of audio manipulation which can help songs take off on TikTok.

He said the culture of that app means things move fast when a song does get momentum, particularly with popular creators jostling to jump on the latest craze. “Everyone very much looks at each other, especially the bigger people on the app,” said Pace.

“It’s hard to recreate an Old Town Road,” he concluded, before suggesting that artists and labels would benefit from simply soaking up the culture of TikTok, without necessarily having to set up their own channels.

“Just spend time on there, and you’ll understand who the tastemakers are and why it’s funny,” he said. “I’m not a big fan of artists being on TikTok. I think there are ways of popularising their music without being on it.” 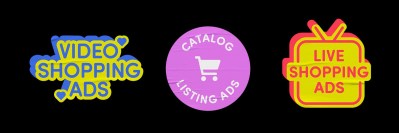 We know that TikTok is very keen on growing its e-commerce business, and now that includes selling ads built for shopping.
Read More