Are Spotify, Apple Music and YouTube the new record labels?

Spotify is signing direct licensing deals with some artists and testing the ability to allow others to upload directly to its platform. YouTube and Apple Music are creating content and putting marketing budget behind artists. And Apple Music has also acquired Platoon, the British startup which helped a number of emerging artists to develop, including Billie Eilish.

Are streaming services turning into record labels? Or at least providing more of the services that used to be the sole domain of labels? And if so, what does that mean for artists, not to mention labels? A panel at the Midem conference this morning chewed over the implications.

The panel took a little time to get going. Nielsen noted that in Africa, direct relationships between streaming services and artists are uncontroversial: most artists are independently uploading their music rather than working through labels. Meanwhile, Robert and Farias talked about the alternative that companies like Believe and Amuse offer to traditional label deals.

As the panel’s major-label representative, Cohen was asked whether all this means majors are on the way out. Unsurprisingly, he demurred.

“I hope not! What’s amazing about today is the amount of choice that everyone has, whether you’re an artist, an independent label, a songwriter, a producer, routes to market, funding… all that is amazing… but what Warner does at its core is not that. It’s finding people before they have a career and investing in them. Not partnering, but literally giving them money and developing their career. And when you look at what’s happening in the global music market and say ‘who’s having all the hits?’… it’s mostly the major record labels.”

He continued: “I don’t think the major label model in terms of identifying great talent, nurturing them, putting in the investment to make them global superstars is going away. All of the things discussed here are just complementary to that.”

Amuse got a close-up view of one of this year’s biggest breakout hits from outside the major-label system: Lil Nas X’s ‘Old Town Road’, which was released through Amuse’s platform, although once it had popped, the rapper signed to Sony’s Columbia Records.

“It was the case study we were looking for” to show a route to a global hit for an artist outside that major-label orbit, according to Farias, who admitted that Amuse had tried to retain Lil Nas X on its roster.

“We offered him a licensed deal at the beginning of the year, and another in the spring,” he said. “Lil Nas X was popping, we were seeing all the trends and how they were changing… it was obvious that this kid was taking off. The initial conversations we had with Lil Nas X was ‘I want to stay independent, I want to do this on my own’.”

Amuse offered an “insane” cheque to keep Lil Nas X, said Farias, before Cohen pressed him for a figure: “North of one million dollars,” said Farias.

“A million dollars to a kid who’s 19 years old who didn’t even have money to pay for a distribution service when he used Amuse for the first time… a self-published artist with little means, who has incredible talent, comes through this system – this 40,000 tracks a day being uploaded to Spotify – and becomes a global star!” he said.

Social app TikTok played an important role in breaking the track, mind, with Farias keen to point to the track’s success before a major label got involved. “He was doing millions of streams per day before Columbia picked him up…”

That ’40k new tracks every day’ stat was discussed further: the sheer noise of the streaming ecosystem, which new songs and artists must cut through to become a hit.

“It almost guarantees that no one will ever hear a song! Probably the best way to ensure no one ever hears it is to put it into the system!” joked Cohen, stressing quickly that this is not the view of Warner Music Group.

“Our view is it’s not a volume game: put a million on there, and one will pop. We sign a lot fewer artists and spend a lot more time and resources,” he added. “On Warner and the majors the ‘hit to shit’ ratio is not that great. It’s not one in a million, it’s one in ten.”

What about streaming services doing more with artists, though? Nielsen said that for Mdundo, it’s a case of wanting to help artists with some of their needs in promoting their music and finding an audience, but he admitted there’s a dilemma in a streaming service doing this without giving certain artists an unfair advantage.

“We would like to help… but it has to be something where everyone is still equal,” he said.

Cohen offered a sharp view of the appeal for artists of a direct deal with Spotify. “This notion of a streaming service as a label? I don’t know. Could you have signed to Myspace Music, how would your career be today? Or Nokia, or HMV? They’re a retailer, and they’re amazing at what they do, but that is not a label. And that is not how you make a career: by signing to Spotify.”

(There was a smattering of applause from the audience at this point. “Who is that? Oh, Apple Music!” joked Cohen, getting a big laugh.)

Farias questioned the commitment of a streaming service to true label-style support for artists. “Distribution is a very time and staff-intensive kind of a task. And if you’re doing the volume or releases that Amuse or Believe is doing, it’s not core to the Spotify business. And it won’t be core to the business. They’re already operating under tight margins, why would they add more layers of complexity to their business?” he said.

Cohen praised Robert for her earlier point. “Believe, Orchard, Amuse, Warner… all of our businesses are around fighting for the artist: getting the most for songwriters, for performers. That isn’t the job of a streaming service. There’s downwards pressure on margins. It’s the exact opposite: we’re fighting to increase that.”

Lindvall suggested that emerging artists might still find it appealing to sign a direct deal with Spotify in the short term, hope for that to lead to some good playlist placements, and then later make their long-term decision about whether to work with a label or distributor instead. Does that argument have merit?

“It would absolutely be an argument. I just wouldn’t buy it!” said Cohen. “How many artists are they going to sign and get on those playlists?”

Robert agreed, and highlighted another risk that she sees for artists: “Building everything on one single platform is probably not the best strategy for an artist.”

Farias noted that being added to playlists is no guarantee of getting played: people will skip songs they don’t like, even if a streaming service is pushing them. He also pointed to Spotify’s moves towards algorithmically personalising its programmed playlists.

“The number of spots that are available for placing tracks? That shelf space is down. You can’t rely on your song being placed on Viva Latino if you want to have a big Latin hit, because between 100 people here, we’ll have 100 different versions of Viva Latino,” he said. Cohen, meanwhile, warned that if Spotify pushes its directly-signed artists too hard through playlists, it will risk alienating listeners. “We have a history of services pushing songs on people. Did anyone get the [infamous Apple iTunes] U2 download? They had to make a fix! Every time I deleted it, it would show back up…”

It’s no surprise that representatives of a major label and two distributors would be unimpressed by the prospect of Spotify as a competitor. But won’t some big artists, as their existing deals come to an end, be tempted to go it alone?

Cohen questioned the theory. “It’s not a new thing. ‘Once the artist gets mature they can leave the label and go off’. I haven’t seen that many success stories,” he said. “I can’t think of one: somebody who got bigger after leaving the system.”

“Frank Ocean!” shouted one audience member. “Radiohead!” said another. But Cohen’s point holds true for now: there are a growing number of artists building their careers independently from the beginning, and that seems to be the focus for much of Spotify, Apple and YouTube’s activity, rather than trying to poach the biggest stars.

Perhaps the bigger impact at this level can be seen in Taylor Swift’s recent decision to sign with Universal Music Group, after her existing deal finished. She could certainly have gone it alone, but she chose not to: while reportedly securing more control of her rights. The existence of alternative routes to market may be less of a labels-killer, and more something that speeds the evolution of their relationship (and specifically the terms of their deals) with artists. 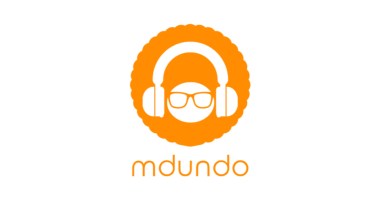 Mdundo, the African streaming service that supplies music free of charge, supported by advertising from leading African brands, announced in June that it wanted 50 million users by 2025.
Read More 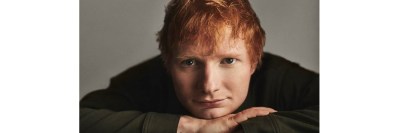 Congratulations are due to Ed Sheeran. First for becoming the first artist to reach the milestone of 100 million followers on Spotify...