This was the backdrop for the opening session at the Midem conference’s ‘streaming summit’ this morning, with Midia Research’s Mark Mulligan presenting his take on how streaming has been growing – both in mature western countries, and ‘high-potential’ markets like China and Latin America.

“There’s a real danger about looking at the future and just thinking it’s going to be a bigger, brighter, shinier version of today,” said Mulligan. “It’s a really important time to think about what’s coming next.” He noted that just before the recorded-music industry embarked on its decade-plus decline 20 years ago, the industry’s revenues and growth looked as rosy as they do now – fuelled then by CD sales, and now by streaming.

Among the trends he highlighted: “Streaming is eating radio” now, rather than just competing with retail – sales of physical and digital music. “On average, just 39% of 16-19 year olds listen to music on the radio. This compares to 59% that watch music videos on YouTube. For teenagers, YouTube has replaced radio.”

He also talked about catalogue pressure, particularly for the larger labels. “It’s the investment fund for bringing new artists to market… they need to have this big pool of catalogue revenue in order to drive investment,” said Mulligan. But catalogue is changing: it’s not about releasing a new Greatest Hits album for an artist every few years: it’s about figuring out how to get catalogue streamed – and streamed lots – by multiple generations of listeners.

Mulligan also talked about streaming economics, noting how few of the top music-streaming services are “wholly independent” as opposed to being owned by technology companies or telcos. 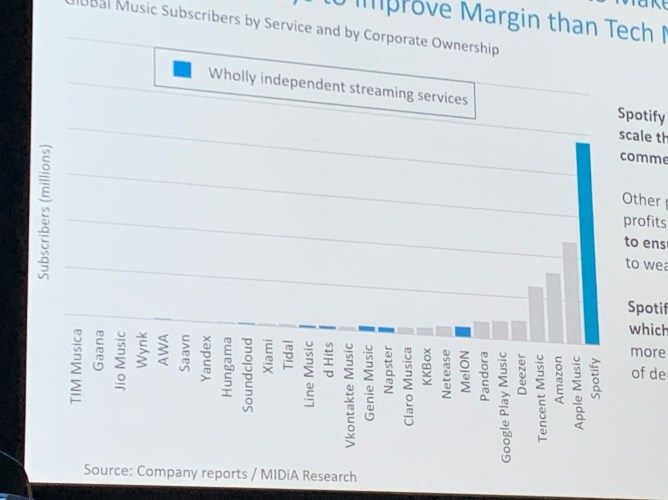 “Is Spotify commercially sustainable? Spotify is the only streaming service of scale that has to worry about making music wash its own face,” he said, offering a warning to the industry if Spotify turns out to not be a sustainable business.

“If Spotify was to disappear out of the market then the mantra of west-coast tech companies is to bring efficiencies into the supply chain: and that means squeezing suppliers.” Those suppliers being labels, publishers and, by extension, artists.

Mulligan also talked about the rise of ‘artist direct’ models, where artists don’t need a label. “The DIY artists sector is growing faster than any other sector of the music industry, massively so compared to the major labels. But it’s still very small,” he said. But the pattern is clear: artists can essentially build their own virtual label by cherry-picking from services offering production, funding, marketing, distribution and other tools.

Record labels should “focus on what do they bring, that’s more than a set of tools” – the softer skills of developing artists and nurturing their careers. “The soft skills that simply can’t be replaced by having a set of tools and apps” as he put it.

Mulligan said one of the most important dynamics in music marketing in 2019 is “fragmented fandom”: a multiplicity of niches through which artists can connect with their audiences, compared to the simpler old days of TV, press and radio, before moving on to emerging markets.

By 2022, streaming revenue will be larger than the entire recorded-music market was worth in 2018, predicts Midia Research. That means $33.5bn of streaming revenues in 2022, a figure that the company predicts will grow to $45.5bn in 2026. These are retail values, rather than trade revenues, he specified. 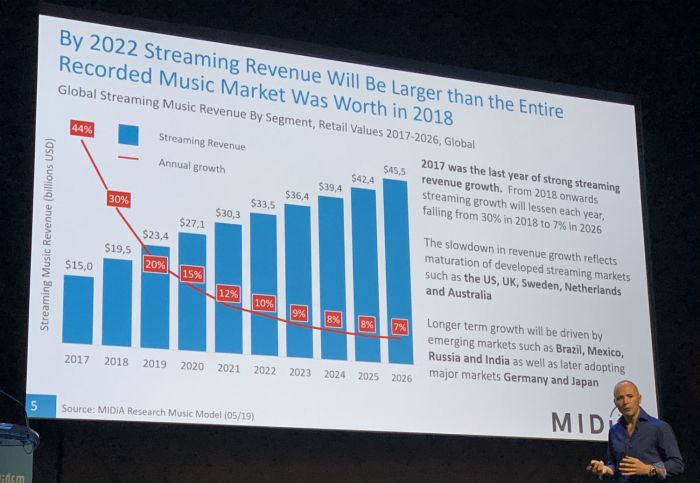 Emerging markets loom large in this future. Mulligan broke the globe down into “developed streaming markets”, “mid-tier streaming markets” and “next-stage streaming markets”. He suggested that as growth slows in the developed markets, there’s enough momentum coming from the mid-tier territories to keep overall growth going. But… “The big thing is: what happens after that? Where does the next wave of growth come from?” he said.

Mulligan also talked about Latin America as “the global powerhouse” of music video streaming: Last year, Latin American acts accounted for 70% of the views of YouTube music videos that reached more than 1bn views, according to Midia Research.

“We’ll see the rise, slowly, of a new order in the global music market, where markets that never really figured that strongly in the old music model will start to become much more important in revenue terms,” he said. 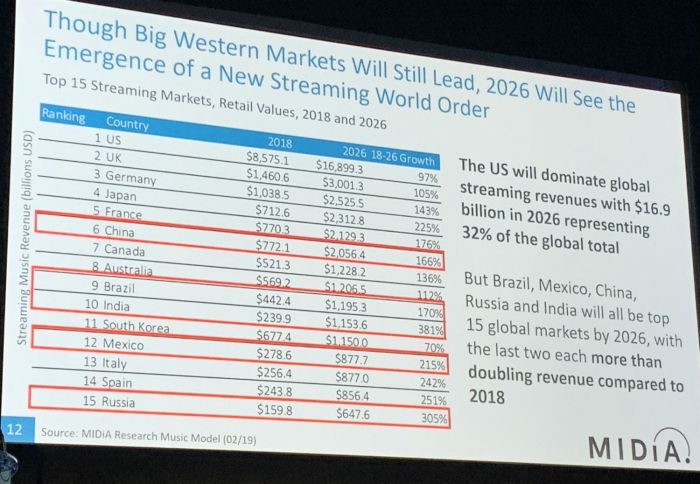 Mulligan warned that the industry must see the caveats around “really big numbers” in some next-stage markets: like China, with its 450 million unique free audio-streaming users, or India with its 270 million. These are often people using “music-based experiences” (like karaoke apps in China) rather than what the west thinks of as music-streaming services, is one caveat.

He celebrated the way apps in Asia “both nurture and monetise fandom”, with live-streaming, karaoke, dance and lip-sync videos and other features. “Some of these Asian services are recognising that you can build businesses around this,” he said, noting that in the west, social app TikTok and game Fortnite are two key examples of “fandom-generated income”.

“You can say ‘these are Asian behaviours, these aren’t going to translate to the west’,” said Mulligan, before disagreeing. “That principle of trying to build context and meaning around music is crucial. And the context is also really important for music discovery… Music discovery isn’t really happening in the way it should. There’s a really big difference in hearing a lot of music, and discovering it… If it’s stripped of context, it doesn’t really lead to discovery.”

“We could end up seeing west versus east,” continued Mulligan, suggesting that Tencent Music understands this world of monetising fandom better than Spotify does. “A point where the west is really going to have to start taking lessons from the east.” 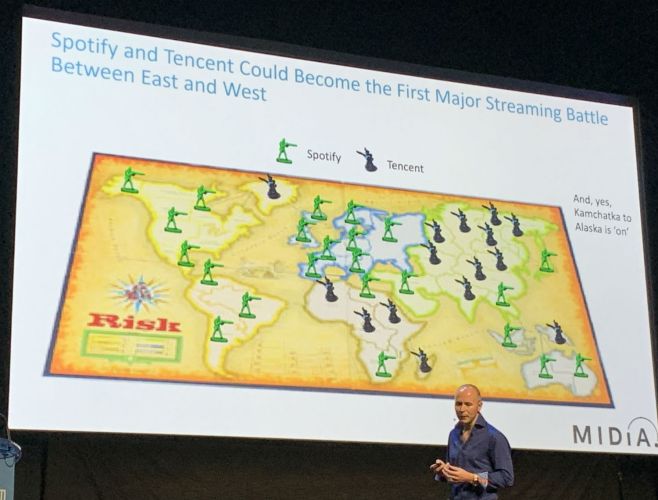 He offered some final thoughts. People are moving away from albums and towards tracks and podcasts, which Mulligan thinks may favour streaming services more than they do labels. And if streaming does kill radio, what does that mean for labels, given radio’s role in driving discovery even now, alongside YouTube?

“If radio goes, that leaves the labels entirely dependent on YouTube, which of course is something they don’t want,” he said. And his final warning: music is competing in an attention economy now against all kinds of media, from Netflix to Fortnite. The industry can’t afford to rest on its laurels. 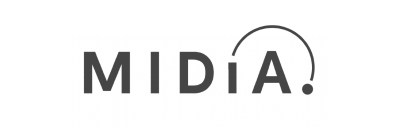 Midia says indie market shares may be higher than thought

All is not quite as it seems, according to a new report by Midia, which says it undertook a “large-scale, global survey of independent labels"
Read More

Taking on radio to become the future of audio comes with pitfalls, as Spotify is finding out. It has just removed nearly 150 hours of podcasts from its service.
© Copyright Music Ally All rights reserved 2021 - Website designed and maintained by