(Disclosure: Music Ally helped choose the finalists for this year’s contest, as usual.)

Legitary from Austria was represented by CEO Nermina Mumic (pictured above). “Are you sure your royalties are being paid correctly?” was her opener. Legitary’s business is making tools to help people check the validity of the royalties they are being paid from streaming. A streaming-ready alternative to traditional auditing. It uses machine-learning technology to detect anomalies in companies’ streaming royalties.

The company has been putting this technology to the test. “We uncovered 92% of all fraud instances, and we validated the algorithm with real data from a leading auditing company based in LA,’ she said. A key point: this technology is “affordable for the mainstream” in terms of music companies: management companies and labels, but also auditing companies and streaming services themselves.

“We are talking to a leading artist management [company] from Europe, and we are already talking to other labels who are interested in using the technology,” she said. It’s focusing on significant overpayments as well as underpayments, whether through bugs in the system, or intentional fraud. “We can indicate if someone is cheating you, paying you too little money, or if someone is getting fake streams on the platforms.” 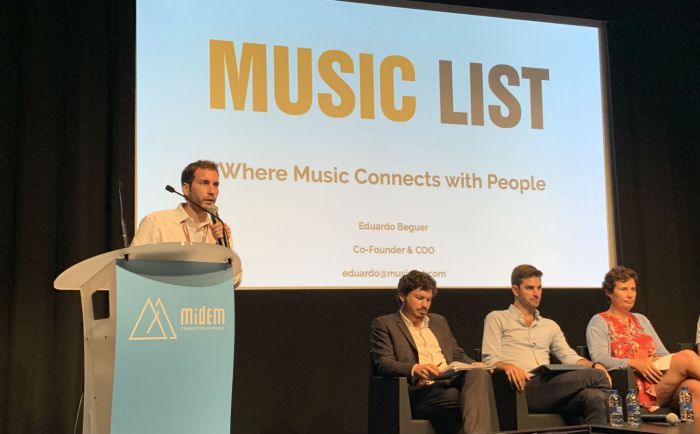 MusicList from Spain was represented by COO Eduardo Beguer Escorihuela. It’s trying to solve the problem of users “always having the same music experience” on streaming services, with “context-based music experiences”. The company is using image-recognition technology: someone can upload a selfie or other photo, and will then serve up music that it thinks matches. “You take a selfie, we understand your context, your emotions and your mood, and we give you the right music, at the right time, in real-time.”

The technology can also work for photos of artists and influencers. “I take a picture of Shakira, and it takes me to the Shakira playlist,” he said. The company is currently looking for a seed-funding round. What is the business model for this technology? For now the focus is on the user experience, he said, but there may also be a business-to-business model around this technology. 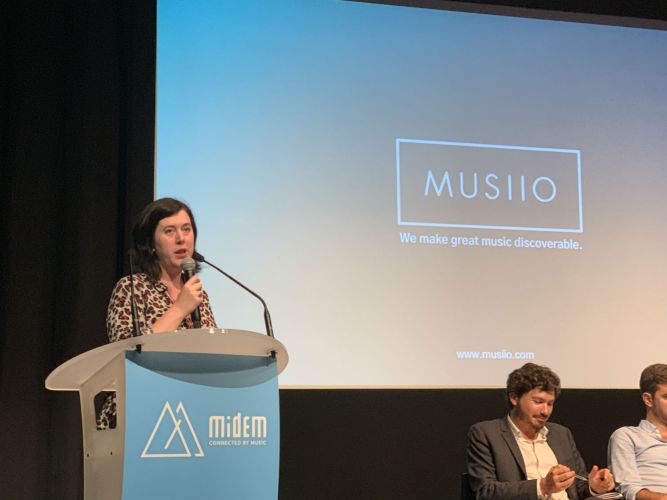 Musiio from Singapore was represented by CEO Hazel Savage. It focuses on artificial-intelligence technology for the music industry, at a time when more than 40k new songs are being released every single day on streaming platforms. “We’ve seen an explosion of content, but what hasn’t really changed enough is how the music industry handles this,” she said.

That means the same, small teams at labels, streaming services and sync companies trying to pick out the needles from this haystack. So Musiio takes the raw music files, extracts data and runs that through its neural network to make sense of it. “We can process up to a million tracks per day,” she said, tagging them by mood, genre, BPM and other attributes. Potential customers include those sync companies, labels and DSPs.

It did a test with the Free Music Archive, with its catalogue of 120k tracks that was previously only searchable by artist and title. Musiio put the catalogue through its system, found the great tracks that were buried in the pile, created playlists with them, and generated big spikes in listening. Musiio has commercial contracts in progress that it can’t yet talk about, and raised a $1m seed round in January. “Our biggest competitor in the market would be Nielsen’s Gracenote,” she said. “But we’re on average about 10x cheaper, and we offer a larger degree of customisation.”

And Musiio would ultimately like to be able to use its tech to identify new talent: but Savage warned that analysing the 40k of new tracks uploaded to streaming services every day brings copyright challenges, and Musiio does not want to do the wrong things in that respect. 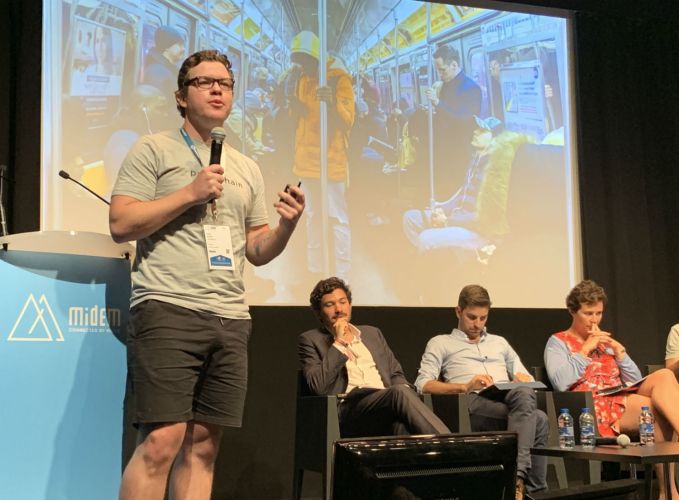 Paperchain from the US was represented by CEO Daniel Dewar. It’s trying to tackle the issues around the length of time it takes to pay streaming royalties out, and distribute them through the supply chain. “They don’t even know what your stream is worth until 45 days after you’ve streamed it,” he warned. “Instead of six months, we can pay out the supply chain in as little as 15 minutes after we’ve received the streaming data.”

Customers can log in to Paperchain’s dashboard and see their streaming data from various services. It uses machine-learning to calculate a per-unit rate for those streams, enabling those customers to get an idea of how much money their streams are generating. “For our customers, it means they can pay their artists faster than their competitors,” he said – labels or distributors being those customers, for example. The technology can also be used to calculate advance payments.

Paperchain is working with The Orchard and FUGA, and launched a beta earlier this year, and is also now working with labels including Mute, Hospital and Kill Rockstars. “We’ve already consumed over a billion data points,” he said. Might streaming services be reluctant to allow Paperchain access to their data, and prefer to offer this kind of service themselves. “If we’re doing it well, and we’re doing it large enough, it’s a potential acquisition target for them,” he replied. It’s currently raising a seed round from VC firms. 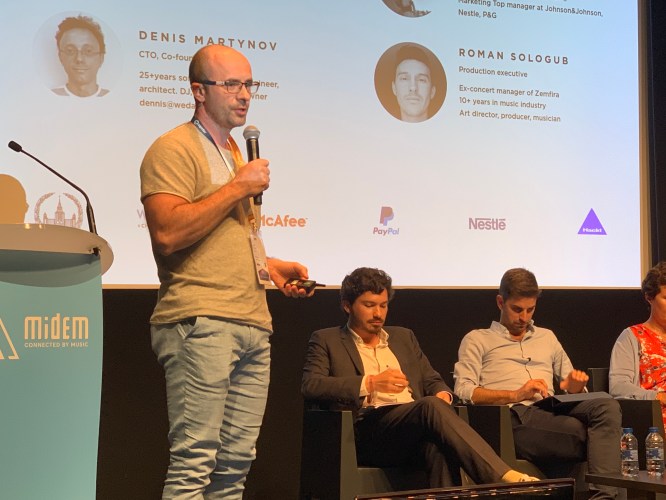 Wedao from Russia was represented by CEO Leonid Kozlov. Its focus is on AI-powered promotion of live music shows. It’s using the data from 100,000 internationally-known artists and 50,000 venues. Its machine-learning engine scans social media and streaming services, and then projects box-office takings for concerts – showing the data to artists and venues alike.

The idea is to help artists maximise their touring activity, while lowering the risks for venues and promoters, in terms of ensuring artists are the best fit for venues and locations. It ran a product test with some artists in Russia in May 2019, including building the lineup for the Alfa Future People festival. It’s currently raising a seed funding round of $400k.

“We’re planning to scale first to Europe. We have started to talk to venues here and some booking agents,” he said. Why not the US? “We would like to enter the US market already with the great technology working at the great level. So we are testing our machine-learning model on the friendly market in Russia.. as soon as we see great results, we can scale to markets like the US.”