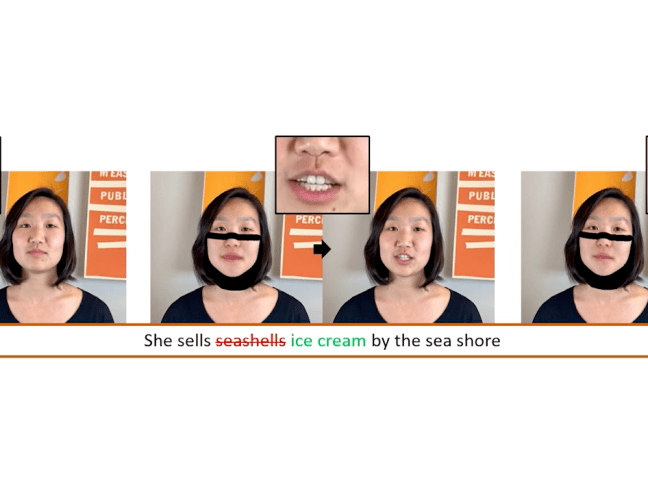 A team of researchers at Stanford University have been showing off technology that they’ve created to perform “text-based editing of videos of talking heads”. What that means is, for a video of someone shot from the shoulders up talking about something, what they’re saying can be changed simply by editing its script.

“The application uses the new transcript to extract speech motions from various video pieces and, using machine learning, convert those into a final video that appears natural to the viewer – lip-synched and all,” as Stanford’s writeup of the project put it. “Should an actor or performer flub a word or misspeak, the editor can simply edit the transcript and the application will assemble the right word from various words or portions of words spoken elsewhere in the video. It’s the equivalent of rewriting with video, much like a writer retypes a misspelled or unfit word. The algorithm does require at least 40 minutes of original video as input, however, so it won’t yet work with just any video sequence.”

Potentially-terrifying use: people in videos could be made to seemingly say things that they never actually said. Potentially-very-useful use: a musician (for example) announcing a tour or new music could have their video automatically reworked for different languages around the world.

What’s the next TikTok? It’s almost certainly not going to be an app hailed by lots of journalists as the next TikTok, judging by history: very few people saw Musical·ly (that app’s forerunner) coming....
Read More

All the other social apps have copied Snapchat’s stories feature, so it’s about time it gave them a taste of their own medicine. And lo, Snapchat has a new feature called Spotlight which looks to us like its version...
© Copyright Music Ally All rights reserved 2020 - Website designed and maintained by