This week saw the Association of Independent Music Publishers (AIMP) in the US hold its latest Indie Music Publishing Summit in New York.

The event included a presentation with Massarsky Consulting offering some new stats on independent publishers’ businesses. Among them: the news that performance royalties were 50% of indie publishers’ revenues in 2018 (at least for those surveyed for this study), with digital and physical mechanical royalties accounting for 32% and synchronisation for 19%. Of those performance royalties, terrestrial radio generated 38% in 2018, compared to 34% from streaming audio services.

“Radio spin data confirms the appropriateness of independent music publishing’s rapid investment into the Standards catalogues,” said presenter Barry Massarsky, noting that music licensing accounts for just 4.6% of a typical terrestrial-radio station operating expenses, even though music accounts for 67% of a typical hour’s airtime. “While music is also key to terrestrial radio, the amount stations pay out in licensing fees is a blip in their overall operating expenses,” he said. “As such, independent publishers should not hesitate to join the call for a performance right for master recordings, updated consent decrees, and other reforms that will help make performance royalties equitable for the entire industry.” 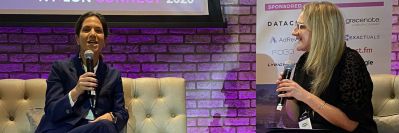